Source: The Inquisitr News
“Now we consider it genocide — ethnic cleansing.”
Natalya Mihailova | 10 August 2014
ISIS persecution of Christians in Iraq amounts to genocide, religious leader are claiming as the terror group captured Iraq’s largest Christian city and forced tens of thousands to flee for their lives. 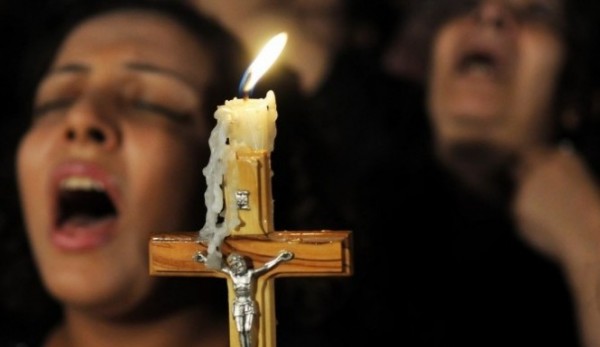 Archbishop Athanasius Toma Dawod of the Syriac Orthodox church said the way ISIS is targeting Christians — telling them to either convert to Islam or be killed — is nothing less than genocide.

“Now we consider it genocide — ethnic cleansing,” he said. “They are killing our people in the name of Allah and telling people that anyone who kills a Christian will go straight to heaven: that is their message. They have burned churches; they have burned very old books. They have damaged our crosses and statues of the Virgin Mary. They are occupying our churches and converting them into mosques.”

Archbishop Dawod leads the Syriac Orthodox church in England, and is asking the UK government to take in refugees from the ISIS violence.

His report bolsters other claims that ISIS is engaging in genocide against the Christian community. There have been reports of ISIS fighters killing Christians and even beheading children.

Patriarch Louis Sako, leader of the Chaldean Catholic church in Iraq, noted that 100,000 Christians have been forced from their homes in the Nineveh plains, where the nation’s largest Christian city was captured.

“They fled their villages and houses [with] nothing but… the clothes on their backs,” he said in a statement to the charity Aid to the Church in Need. “[It is] an exodus, a real via crucis; Christians are walking on foot in Iraq’s searing summer heat towards the Kurdish cities of Irbil, Duhok and Soulaymiyia, the sick, the elderly, infants and pregnant women among them. They are facing a human catastrophe and risk a real genocide.”

But now the United States has started to take action to stop the ISIS genocide, which targets not only Christians but other religious minorities and even Muslims who do not share the beliefs of the strict Salafi Wahabi terrorists. The U.S. launched a wave of airstrikes against ISIS targets to support Kurdish forces defending Erbil.

A second wave of airstrikes reportedly hit a convoy of vehicles close to the capital of the autonomous Kurdish region.

But the ISIS genocide has still created problems in the region, with a reported 200,000 refugees now seeking a place to live and facing shortages of food and water.