Source: CatholicPhilly.com
Laura Ieraci | 08 June 2015
VATICAN CITY (CNS) — One of the largest churches in Mosul, Iraq, will be transformed into a mosque. 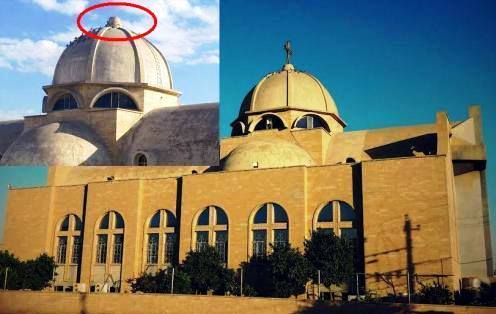 According to Fides, the news agency of the Congregation for the Evangelization of Peoples, Islamic State militants posted notices throughout the city announcing that the Syrian Orthodox Church of St. Ephrem, which they emptied last fall, will reopen soon as the “mosque of the mujahideen” or jihad fighters.

The news came just before the one-year anniversary of the capture of Mosul by Islamic State fighters June 10.

Fides said the militants’ intention to convert the church into a mosque became clear when they removed the cross from the church’s dome, chose the adjacent buildings to house the headquarters of their “state council” last July, and emptied the church of its furnishings and put them on sale in November.

Mosul, located in northern Iraq, was once Iraq’s second-largest city with a significant Christian population. The city is now empty of Christians. Thousands have sought refuge in Irbil in Iraq’s semi-autonomous region, Kurdistan; an unknown number of Christians have been killed.