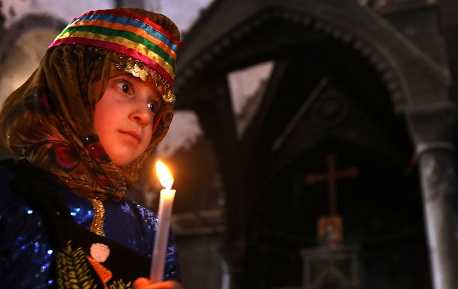 Iraq used to be home to millions of Christians. Because of war and instability local community leaders believe that number is now around 200,000. Still, some Assyrian, Chaldean, Syriac and Armenian Christians are returning home to areas liberated by Iraqi and Kurdish Peshmerga forces from the ISIS extremist group.

Over the past few days, Christian clergy have journeyed to now-liberated areas to inspect the destruction and hold church services. Security remains a long-term concern in Nineveh with various local groups pledging allegiances primarily to security forces of the Iraqi or Kurdistan Region governments. 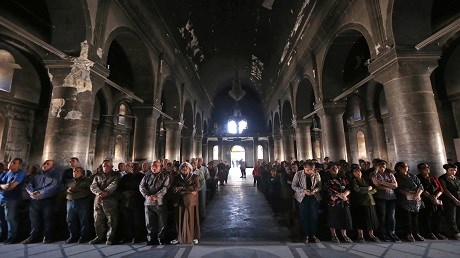 Cardinal Philippe Barbarin, who was split between “sadness” and “hope”, holds a mass for the “renaissance” in Qaraqosh. Photos: Safin Hamed | AFP 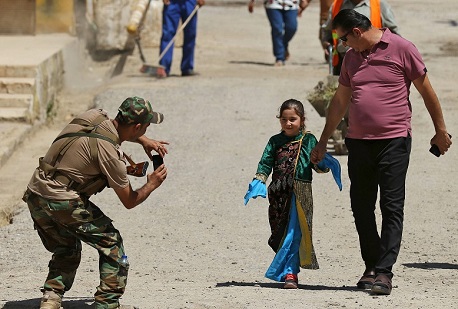 A member of the Iraqi Kurdish security forces takes a picture of a Christian girl as she arrives for a mass at the Church of the Immaculate Conception on July 23, 2017 in the predominantly Christian Iraqi town of Qaraqosh (also known as Hamdaniya), some 30 kilometres from Mosul. 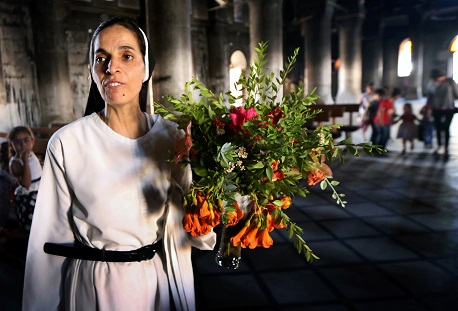 An Iraqi nun holds a flower bouquet as she attends a mass at the Church of the Immaculate Conception on July 23, 2017 in the predominantly Christian Iraqi town of Qaraqosh (also known as Hamdaniya), some 30 kilometres from Mosul. 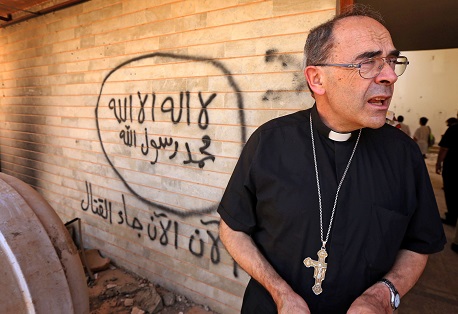 Lyon’s Archbishop Cardinal Philippe Barbarin stands next to ISIS graffiti reading “There is no other god, but Allah and Mohammed is the Messenger of Allah” during a visit to the Church of the Annunciation in east Mosul. 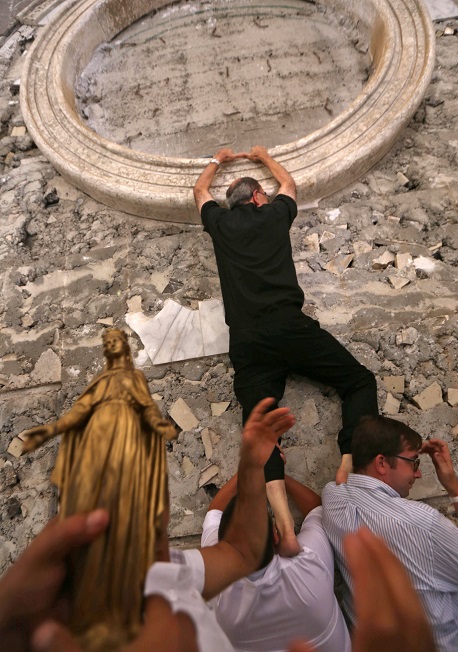 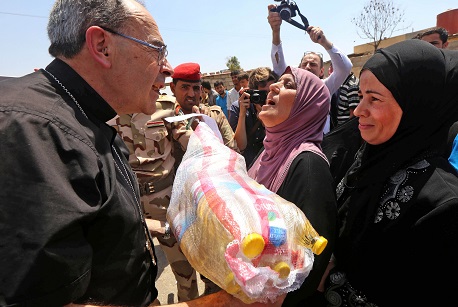 The Archbishop Cardinal distributes food aid to an Iraqi woman. He hailed the “rebirth” of Iraq’s devastated mainly-Christian town of Qaraqosh. 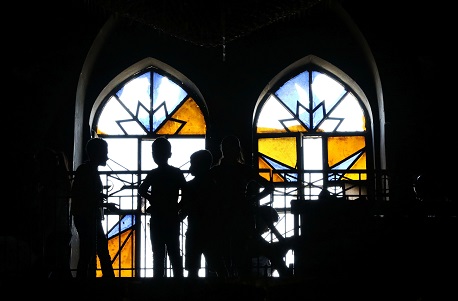 Children stand on the sill of stained glass windows in a church in Qaraqosh. 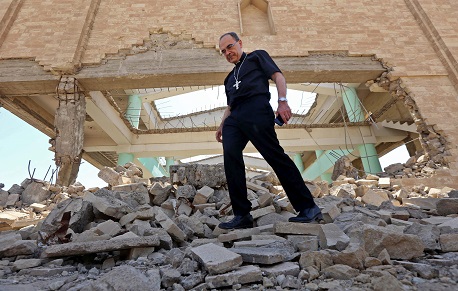 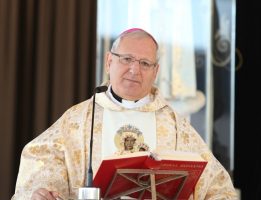 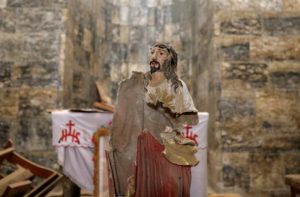