Source: Algemeiner.com
Priest Father Gabriel Nadaf: Israel is the only place in the Middle East where Christians are safe, and that Israeli Christians want to “serve the country that protects us.”
Natalya Mihailova | 07 August 2014 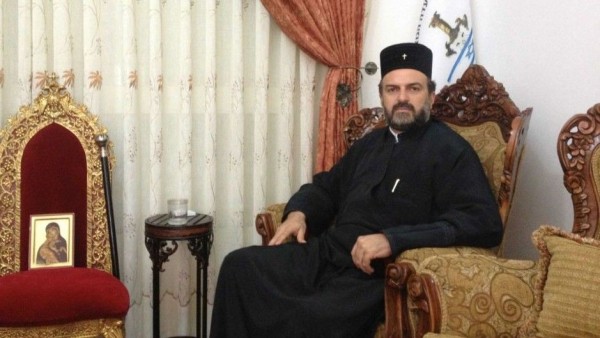 JNS.org – Israeli Christian leader Father Gabriel Nadaf told a group of 51 Evangelical pastors from the U.S. that it is “your responsibility” to help end the slaughter of Mideast Christians.

“The silence [in the West] to what is happening in the Middle East to Christians is an enormous sin,” Nadaf said.

The pastors, who hail from every U.S. state and the District of Columbia, are touring Israel as part of a three-day solidarity mission organized by Christians United for Israel (CUFI). The mission intends to show “support for the Jewish people at a time when the nations of the world have expressed unilateral condemnation for Israel’s choice to defend her citizens from terrorists’ attacks,” according to a pre-trip letter to the pastors by CUFI founder Pastor John Hagee. 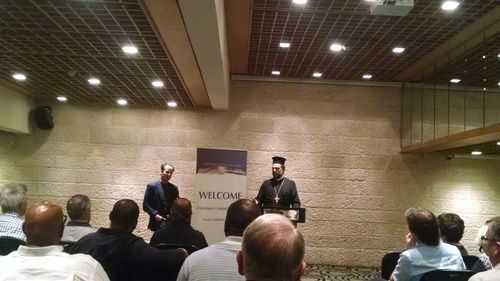 Nadaf, a Greek Orthodox priest and the leader of the Israeli Christian Recruitment Forum, has been an outspoken proponent of Christian integration into Israeli society by encouraging young Christians to serve in the Israel Defense Forces. He told the U.S. pastors that Israel is the only place in the Middle East where Christians are safe, and that Israeli Christians want to “serve the country that protects us.”

Mideast Christians have come under assault throughout the region by Islamic extremists, especially in Iraq and Syria, where jihadists from the Islamic State of Iraq and Greater Syria (ISIS) terror group have forced Christians to convert, leave, or die.

As an outspoken proponent of Israeli Christians forming their own identity apart from the Jewish state’s Muslim citizens, Nadaf has received numerous death threats from Arabs, and his son was assaulted last year. Nevertheless, he said his efforts have led to a huge increase in Christian enlistment in the IDF over the past few years, with 184 Christians currently serving in the army.

“Life for Christians in Israel is excellent,” Nadaf said. “We have freedoms, democracy, and security here.”