Source: Greek Reporter
Natalya Mihailova | 24 August 2015
The Greek Orthodox community of Istanbul wishes to remove the graves of three Turkish Orthodox Church patriarchs (the founder and his successors) out of the city’s historic Greek Orthodox cemetery. 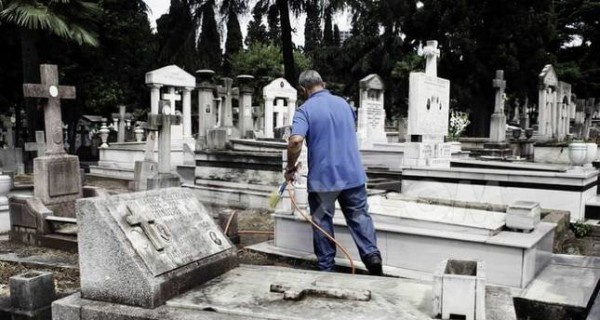 The graves belong to Efthim and his successors Turgut Erenerol and Selçuk Erenerol. Efthim declared himself pope of a new Turkish Orthodox church he founded himself in 1921. On October 2, 1923, Papa Eftim besieged the Holy Synod and appointed his own Synod. Later, he invaded the Greek Orthodox Patriarchate and proclaimed himself “the general representative of all Orthodox communities.”

Mihail Vasiliadis, owner of the Turkey-based Greek newspaper “Apoyevmatini,” spoke to Turkish newspaper Cumhuriyet noting that: “This is the Greek Orthodox cemetery. These men were not even Orthodox, let alone Greek. They were excommunicated.”

“They had found a fake church. In order to be a church, one must be recognized by the Ecumenic church and the other 17 churches,” noted Vasiliadis. “Do I have to see the graves of these nationalists who did harm to Greeks each time I visit my parents’ graves? As Greeks, we want their graves out of here,” he told Cumhuriyet.