It’s No Longer Quiet Out Here 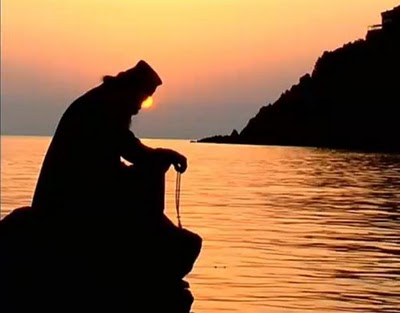 My mother lived to be just shy of 96. She was born at the end of the 19th century. When she was quite old we asked her to write a memoir for a family newsletter. She was reluctant, claiming nothing of interest in her life. I insisted. I was proud of her because she was among the relatively small number of women who graduated from high school in the early years of the century, and for many other reasons. She finally wrote a short memoir. It began:

“When I was a child it was quiet. There was no radio. There were very few automobiles and no airplanes. If we heard a car we would run out into the street to see it go past, because it was so unusual. There was a lot of silence.”

“When I was a child it was quiet.” Nobody is ever going to say that again. Radio, television, computers surround us, and all manner of electronic devices keep us tuned in to the world around us, or so we think. Planes and cars and motorcycles are everywhere. You can’t escape noise anywhere. No more secluded mountain retreats.

Of course it’s not just noise we’re talking about indiscriminately. The woods are full of noise, as anyone who has spent time in them knows. So are farms and ranches. It’s the quality of the noise that is different, the natural versus the unnatural.

People walk around plugged into noise, even if it’s called music or talk radio or NPR. When I fly, which I’ve been doing on a monthly basis because of a teaching commitment, I may be the only person reading an actual book or just sitting quietly. Everyone around me is listening to a recording device or plugged into a computer. On the road I see drivers with headphones. Maybe they are trying to substitute one noise for another. People not only are beset by noise around them; many actually choose to increase the noise. You can’t even go in a grocery store any more without being greeted with some kind of piped-in music.

So what, you say; it’s just the way life has gone in this 21st century. But let me suggest that there is a price to pay. The Psalmist says, “be silent and know that I am God.” When you are surrounded by noise, you cannot hear yourself think. And there’s the problem. So many people, I am convinced, fill their lives with noise because they cannot afford to be quiet or silent. They will then have to confront the emptiness that is inside them.

My mother was a woman of deep faith. Even in her worst moments, and there were many over her long years, she was unafraid to confront the silence and the quiet, because she knew the Presence of God in them. In fact to the end of her life she cherished quiet moments, times of meditation and prayer.

When you fill your life with noise all the time, the emptiness inside you increases. It does not decrease. It increases because you lose the inner link to your source of life whom we name God. When it’s no longer quiet outside, the chances are slim that you’ll find the genuine quiet inside in which God is known. “My soul for God in silence waits;” the Psalmist assumes that our inner self is fulfilled through the medium of silence, and that the Living God will address us there. When the Psalms speak of waiting for God, the underlying idea is that we should wait quietly. Like my mother. Like the contemplatives of all traditions. You can return to the silence. The choice is up to you.