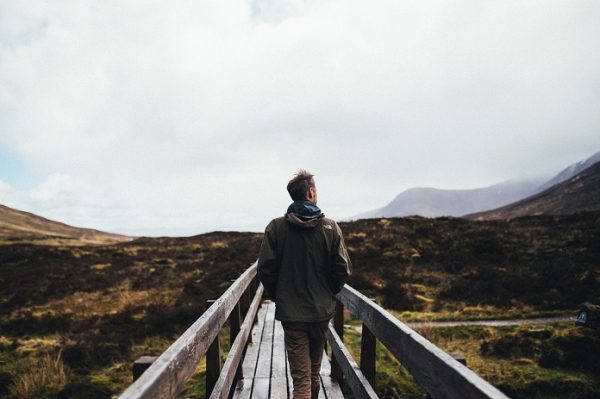 The Orthodox Way emphasizes silence.  Of Mother Gabrielia in the collection of anecdotes from her life compiled by her spiritual children it was said that in the late evening, just about the time when the sun goes down, the “apogeuma” in Greek, the day winds itself into a tight spool and people gather together in clumps around sitting chairs to gossip and socialize, she would tell her companion to sit on a stool on the balcony of their apartment near Koliatsou Square in Athens “gia na siopasoune”–that is, to silence themselves.  Instead of chit-chatting as is wont around that time of day, she would embrace silence and turn her attention inward all the while reciting the Jesus Prayer in her heart.

The urge to talk, to gossip, and socialize and small-talk is especially strong in women.  Women tend to overuse the tongue in general; they nag, they bicker, they argue, they whisper, they gossip and spread rumors all through the work of that little organ in the mouth, the rudder that can lead the ship to capsize.  By practicing an order of silence, Mother Gabrielia wanted to counter this tendency in the female sex  to shut up, be quiet and by focusing her attention on God using the Jesus Prayer she would direct it away from the common backbiting gossip that spinsters are used to. 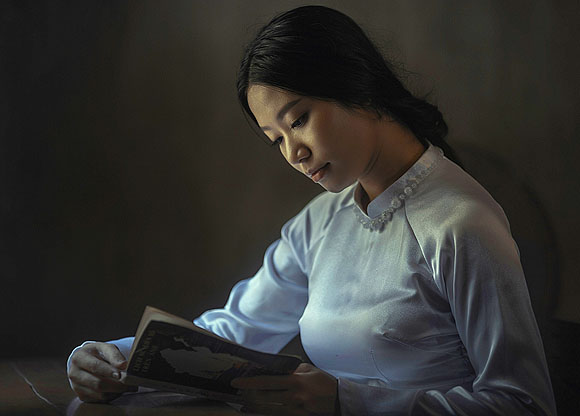 This tendency to overtalk is a reaction to the overwhelming oppression of silence.  The unbearable heaviness of being.  In the modern world of the West, we have become so used to noise, to chatter, to running around doing this and that, that we do not know how to handle the opposite–the silence, the absence of motion, so much empty space. These things make us depressed.  To silence the clutter is to pay attention to the deep nothingness that lies on the fringes of life, that might, gulp, be at the center of life itself.  It might be that we are so afraid of this existential angst of confronting the void, that we create all kinds of artificial and distracting environments to stray our attention away from it.  But it emerges that existential dread of nothingness in those listless blue hours when no one is at home.  It attacks us like a wild panther on the open plane with no cover or underbrush to hide in.  When we feel exposed and vulnerable–that void which we fear is at the center of life, emerges to scare the daylights out of us.  So we fill our world with man-made contraptions–a money-making career, cell phones, cameras, Facebook, contacts–we distract ourselves with ourselves.  We cannot sit still because stillness reminds us of death, of uncreativity, of not being productive or ambitious enough.  So we create so many bells and whistles, smoke and mirrors–fashion balls, we dictate to ourselves the struggle for self-fulfillment through job, external accoutrements, prizes, BMWs, socially scripted ways of achievement, a Nobel Prize even, a wife and two kids in a colonial in the suburbs.  We are not content with just being–we need to do, to talk, to run, to wrestle, to get ahead.  We fill the empty spaces of our lives with clutter–chatter, gadgets, painted backdrops, Macys sale days.

But there is something deep that happens when you stand still enough to feel the void.  When you embrace the abyss and stare at the darkness, you get the courage to go beyond it.  From the abyss you emerge a creative positive force.  In that stillness you listen to the music of your own soul and feel the subtle pulse of God’s wrist.  It is from those empty still places that we can be free to create who we really are.  It is from these lonely desert places that we can find our true voice.  Our true selves–not the self dictated to us from society or who we need to be or some deluded sense of self, but who we really are, who we have to be.

This is why “Being” is as important as “Doing.”  Meditation, prayer, stillness, listening to the sound of your own breath, “chillin’” is as important as struggling, accomplishing, creating, tinkering.  How many of us can sit still under a boddhi tree and meditate for 16 hours?  How many of us do not long to do this?  to be instead of to do.  without fidgeting or getting bored.

That is the real struggle with the modern man–the struggle to be still, the struggle to pray, the yearning for silence even when he struggles by all means to avoid silence.  To keep silent even when it is so easy to keep talking.  To enjoy the empty spaces as the palate from which true originality and creativity spring.  To look within for validation when it is so much more convenient to measure success from without.  It is very important this importance of being.  Of doing nothing. Of just being.  The motto for our age should not be “Just do it” but “Just be. Just be.”

Ending Reflection by Gerontissa Philothei of Karea monastery in Athens, Greece:
“Christian maturity is like being ground as fine as the dust and then when the doors of heaven are shut, you blow under, like the thief on the cross.”

My fate brought me to Mexico City during Holy Week of 2019.  Feeling a bit guilty that I…

Most viewed articles
Dining with Caesar165
What Does Asceticism Look Like?120
Orthodox Chapel to Be Constructed in Campina das Missoes61
Ukrainian Church Calls for De-Escalation of the Conflict in Donbass53
Archbishop of Australia Attends Commemorative Events for Battle of Crete in Melbourne48
Be Bearers of Light39
Most popular authors
Archpriest Lawrence Farley166
Pravmir.com team162
Archpriest Michael Gillis120
Metropolitan George (Khodr) of Mount Lebanon40
Maria Trushanina1