We live in a culture in which high achievement is prized above all things. Celebrity culture canonises the saints of "can do" leaving most of the rest of us feeling pretty miserable that we are not as rich, as famous, as high achieving as these public icons.
Archpriest Gregory Hallam | 10 November 2011

We live in a culture in which high achievement is prized above all things. Celebrity culture canonises the saints of “can do” leaving most of the rest of us feeling pretty miserable that we are not as rich, as famous, as high achieving as these public icons. A certain amount of “moral failure” can be tolerated in most; unless you are a politician that is or a celebrity on the slide of disfavour. This is mostly hypocrisy though since many are far less inclined to apply the same moral standards to their own behaviour and lives. What is certainly not recognised is the positive aspect of failure, and, indeed, it’s universality. 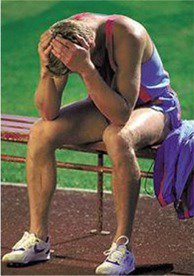 First, let’s tackle universality. For every 1 winner there are 99 losers. As they say “it matters rather how one plays the game.” Next, none of us is perfect. We need to cut each other a little slack; we need to practice mercy. It’s OK to fail means it’s OK to try even if you don’t succeed. How many times did you, for example, not answer a question at school, even if you thought you might be right, simply because you didn’t want to be seen to fail? Maybe the teachers or your parents put too much emphasis on getting it right rather than having a go. How many people have been disabled by this fear? I dread to think!

Next, the positive aspect of failure. My father always use to say:- “He who never makes a mistake never learns anything.” Quite so, dad. Failure is necessary as part of the learning process. Success at all costs leads to despair, ignorance and a lack of endurance. “If at first you don’t succeed …. give up!” No, this is not the way. Embrace failure and learn how to improve next time round. Success is truly built on failure.

Applying this to Christianity we come up with some interesting conclusions. When failure seems to have the last word, success is actually just round the corner. The supreme example of this of course is he crucifixion of our Lord. By all accounts this was a failure by the promised Messiah. Yet in the teeth of defeat, even death itself, God works the victory of his death destroying life. It wasn’t what the disciples expected. Their grief shows that. They should have known better though because the Scriptures prophesied that the Christ would suffer, (Isaiah 52:13-53:12). God himself had to submit to a criminal’s death in order to deal with human criminality, the criminality of our sin. He died that we might live. This is the ultimate parable of failure, the paradox of strength through weakness.

Interestingly, St. Paul himself experienced this logic of the cross in his own experience of the trials and tribulations of being an apostle. They are a timely reminder of the necessity of embracing failure in the world’s eyes that victory might be ours in the hands of God … against whom there is no witness. Listen to St. Paul and learn of the blessing of failure:-

So let’s us say with confidence “Failure is OK!” We might then begin to live again without that paralysing fear of failure and REALLY achieve something!