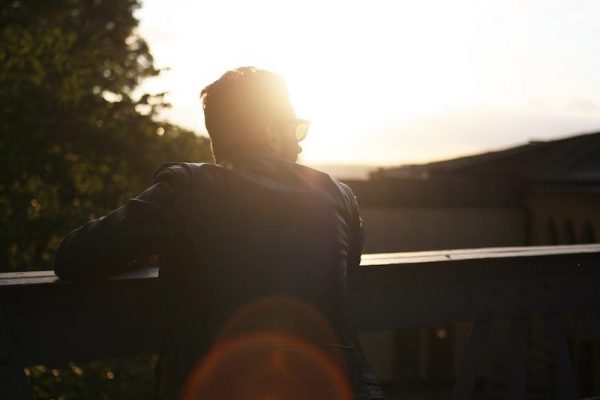 I used to think that the Cross of Christ was just something upon which we hung our sins so that we wouldn’t have to suffer for them later.  In point of fact, it also defines much of our suffering now.  Some of our suffering is spiritual which, from a Christian point of view,  is the source of so much else. How can I define spiritual suffering? Well, Jesus said that cross should define our lifestyle. This lifestyle is summed up by three commands: deny yourself, pick up your cross, and follow Him.  Now, we love the Lord and want to be true to our Master, but how can we live such a life? Because we love Him, we try our best to be faithful. We want His life to become our life, but we fail so miserably and this makes us suffer in our hearts and even in our bodies. This pain can increase when we look around in Church and see the many Saints who did not fail Him, and their witness can cause us shame. We want to follow Him, but the heart is divided between faithfulness and  pursuing our own pleasures, dreams, and ambitions. After so many failures, surely God wants little to do with me.  Maybe I should sit in the corner, face the wall, and wear the dunce cap.

Certainly, in my life, many things have changed for the better. Some changed by struggle, others changed because it was forced upon me by tragedy or circumstance. However, I must admit that there are some passions, some sins, that have remained with me to this very day. I have prayed, fasted, repented and cried over them, but they remain nonetheless.  What hope is there for me? If I cannot have victory over them in this life, what is to happen in the next life? Is such despair appropriate for Orthodox Christians?

Here is an answer:

“So often we ask ourselves and one another a very tormenting question: How can I deal with my sinful condition? What can I do? I cannot avoid committing sins, Christ alone is sinless. I cannot, for lack of determination, or courage, or ability truly repent when I do commit a sin, or in general, of my sinful condition. What is left to me? I am tormented, I fight like one drowning, and I see no solution.

This is something which all of us can do: to endure the consequences, to endure the enslavement which is ours patiently, humbly, with a broken heart; not with indifference, not with a sense that as we are abandoned to it by God, then, why not sin? But taking it as a healing perception of what sin is, of what it does to us, of the horror of it. And if we patiently endure, a day will come when our inner rejection of sin will bear fruit, and  freedom will be given us.

Let us therefore accept the pain as a redeeming pain, even if we cannot offer it as pain pure of stain. Amen.”  Met. Anthony Sourozh.

What a remarkable passage. It gives a poor old sinner like me great hope because it demonstrates the deeper meaning of the Cross. Even if the sin persists and causes me pain, that pain is transformed by the Cross.  It shows me of the unfathomable depths of God’s mercy and patience. It is to this mercy and patience that I must place my trust.

Sin may be persistent, but I will not grow comfortable with it nor excuse myself. Such sin is very painful, but I will not accept it as inevitable. I may fail, even 490 times a day, yet God will forgive me 70 times 7.  Because of God’s mercy, I have a goal and I have never given up on it. What is the goal? St. Paul described it.  “I am crucified with Christ: nevertheless I live; yet not I, but Christ lives in me: and the life which I now live in the flesh I live by the faith of the Son of God, who loved me, and gave himself for me.” (Galatians 2.20)

This is my hope.