Jerusalem: New Threats and Vandalism at the Chapel of Holy Zion 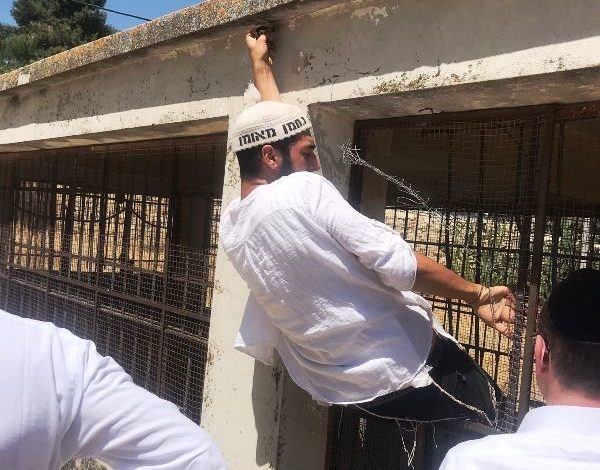 Early on Monday morning, June 6, 2022, a group of approximately fifty Israeli radicals of unknown origin, broke into the gate and barriers and trespassed on the chapel of the Patriarchate on the hill of Zion, reports jerusalem-patriarchate.info.

These radicals entered the chapel and defiled its interior and also threatened the guard at the premises who is appointed by the Patriarchate, saying “we know where you live and we will kill you”.

This type of trespass, intimidation and threatening have repeatedly taken place in this chapel, violating its holiness and continued witness of the Christian presence there since the time of the Last Supper and the day of Pentecost.

Escaping the harsh intimidation and fury of the radicals, the guard managed to call the police who came and intervened to restore order.

The Patriarchate strongly protests against this unacceptable behaviour and will check all the possibilities to attain justice for its rights and personnel.

The act of vandalism in the chapel of the Jerusalem Patriarchate also provoked a reaction from the Greek Ministry of Foreign Affairs.

“We express our deepest concern over yesterday’s invasion of property belonging to the Greek Orthodox Patriarchate in Jerusalem and the desecration of a chapel located there,” the Foreign Ministry said in a statement.

The complaint to the police was filed by the President of the Finance Committee and Patriarchal Commissioner, His Eminence Metropolitan Isychios of Kapitolias, who demanded that the police must do all they can to find the vandals and bring about justice, for the sake of the peace of the Christians, especially as we approach the celebration of the Holy Pentecost next Sunday and the Feast of the Holy Spirit on Monday.

It is recalled that this is not the first time that the Patriarchate of Jerusalem has been the target of an attack.

Patriarch Theophilos himself has referred to the occupation of the Little Petra Hotel by the radical extremist organization Ateret Cohanim, which poses a threat to the continued existence of a Christian district in Jerusalem.