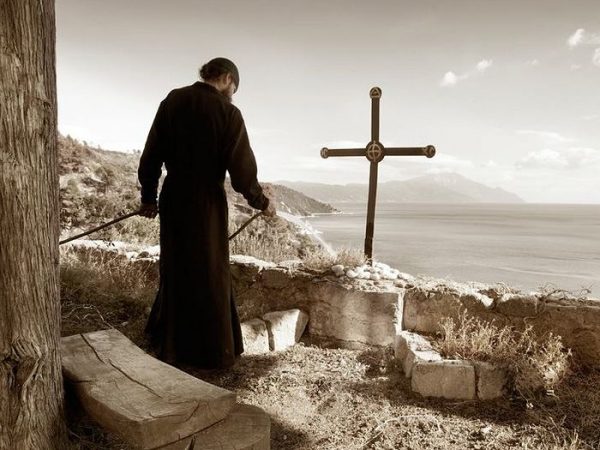 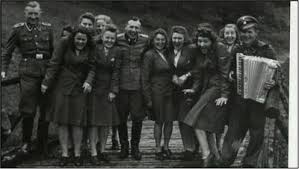 I have just finished watching a brief ten minute video on Youtube from 2008 entitled, “The Unbearable Lightness of Being a Nazi”, originally entitled “Happy Nazis”. It is a chilling documentary which compares two photo albums received by the US Holocaust Museum. One set of photos shows some of the upper level leaders and some women workers at Auschwitz in happy and light-hearted moments of fellowship and camaraderie, such as sing-alongs. Another set of photos shows the inmates of Auschwitz during the “selections” made after the trains pulled into the camp, some of the photos taken just moments before those in the photos were killed. It is the juxtaposition of the two sets of photos, all of them taken around the same time, which makes the documentary so chilling.

The documentary also features the words of a survivor of the camp, Regina Speigel. Looking at the pictures of the leaders and workers in the camp, Regina was amazed. “You look at these pictures,” she said, “they look almost like normal people. They’re devils. They’re something in human flesh. Because how could you sit there and know what’s happening to people and enjoy [yourselves]?” Hers is a heartbreaking testimony; you can still see the pain that she endured when she was an eighteen year old prisoner there shining and damp in her now elderly eyes.

Yet it is important to state that in one particular Regina was mistaken. The workers and leaders in Auschwitz were not devils in human flesh. There were indeed normal people. That is the point and the lesson of Auschwitz. If they were inhuman devils then their crimes would contain no lessons for us, and have no more moral significance than do the actions of wild animals. If a wild animal such as a bear attacks, kills, and rips a man to shreds, this is tragic, but offers no moral lesson. Of course wild animals kill; that is what wild animals sometimes do and why we call them “wild”. It is precisely because the leaders and workers at Auschwitz were people like ourselves that the tremendous evils that they committed and connived at contain lessons for all of us.

It is sadly the case that normal people, men and women who are capable of joy, kindness to family members and children, and light-hearted jokes and merriment, are also capable of committing great evil. One does this by justifying the evil action in some way and then by walling up this part of one’s life away from all the other parts. In Nazi Germany the State attempted to justify its extreme actions against Jews, Communists, Gypsies, and other dissidents by saying that Germany was fighting for its life with its back to the wall, and that these actions, though difficult, were necessary for national survival. They painted a picture of a noble and civilized Europe led by Germany fighting against the subhuman hordes of Asia led by a worldwide Jewish conspiracy. It was all nonsense, of course, but it was widely believed nonetheless, and for many people it provided the justification for doing what they felt needed to be done. Doubtless they looked forward to the end of the war when a German victory meant that such terrible things need no longer be done and they could sit back and enjoy the better world their hard actions had created.

Having such a justification in place, they could then compartmentalize their lives, and turn off their conscience whenever it might rebuke them during the “selections” and the subsequent murder of men, women, and children, keeping that terrible work in a hermetically-sealed part of their mind. Scripture is familiar with such a process; St. Paul calls it having your conscience cauterized or seared (1 Timothy 4:2). One becomes morally like a split-personality, the two parts of one’s life floating side by side like oil and water. One never allows the monstrous significance of some actions to trespass into the rest of one’s life. The people in such a state are not devils, for devils and demons have no such split in them that we know of. Demons are single-mindedly evil throughout, incapable of joy or kindness at any level.

The lessons for us are obvious, even if we have never found ourselves in situations where the thought that we were fighting for our very survival sounded plausible. One thinks of abortionists, for example. The people who make a living (often a very good living) from performing abortions are not evil people. They are not devils in human flesh, but men like ourselves, capable of joy, humour, kindness, compassion, and self-sacrifice. But they have swallowed the lie that performing the abortion, though terrible, is necessary for the good of the mother, and that they are therefore providing a necessary service and performing a good work. The justification for the work of killing a child in utero comes from thinking that one is thereby saving the expectant mother from future pain, hardship, and misery, and from denying that the child killed is a human being in the full sense of the word. Though I am not, please take note, equating abortionists with those doing the killing at Auschwitz, it is hard not to notice that the same action of denying full humanity to the victims is present in both cases as part of the justification.

Even in cases not involving genocide we can see this perennial temptation to deny full humanity to others as a justification for our negative actions against them. This happens routinely in war: those whom our governments send us out to kill must first be dehumanized as much as possible. In fighting the Germans during the First World War, we were not trying to kill German men who were fathers, brothers, and sons like ourselves. We were (the enlistment posters told us) “hunting the Hun”. The Vietnamese enemy soldiers were not men like ourselves, but “Gooks”; the Japanese were “Japs”. This happened too in racist lynchings in America in past decades; the men lynched and killed were also called by other names, which I will not mention here.

But we need not look to past decades or to far countries to observe the phenomena of dehumanizing our enemies. In the violent culture wars raging at home even now we see that any amount of violence, shouting, lying, bullying, and intimidation are being justified in the service of destroying and silencing one’s ideological opponents. For the enemies are not simply neighbours with whom one might disagree. They are now The Other, the threatening darkness; they are Fascists, enemies to all that is good, kind, tolerant, and civilized, and must at all costs be driven out and eliminated. Like the workers at Auschwitz, we can justify our violence and still sleep well, knowing that though our actions are difficult and may seem violent, we are building a better world.

The lesson therefore is that we must refuse to demonize or dehumanize our opponents. We can denounce their actions, but must still recognize that our opponents are men and women like us, and souls for whom Christ died. The end never justifies the means, and we must fight fair, striving to understand our opponents and agreeing with them when they speak the truth. In this age we must do whatever good we can, of course, but ultimately it is Christ alone who will build a better world. We must always live and act as if the world were ending tonight, and that tomorrow we will stand before the dread throne of the Lord of glory and give an account for what we have done. We cannot safely build barriers within our hearts to justify our actions, walling off one part of our life from the other parts. Our prayer must always be, “Unite my heart to fear Your Name” (Psalm 86:11).