The Mystery of Evil: On the Boston Marathon Bombings 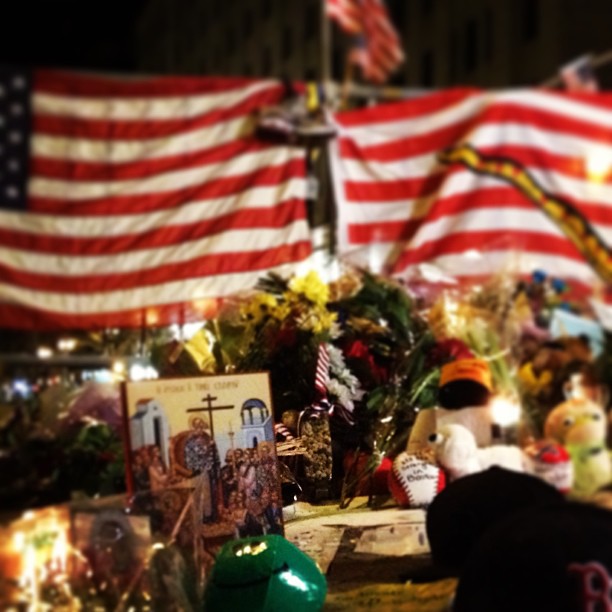 Two young people read up on the Internet, fancied themselves jihad warriors, and killed a nine-year-old boy, a Chinese student, and a suburban girl in Boston. They had never seen these people, had not had occasion to quarrel with them, had not suffered any offences from them, and did not receive any benefit from their deaths. Then they tried to rob a store and killed a police officer. Then it became known that they were Chechens.

With this news, a fairly predictable hatred boiled up on the Russian Internet: towards Chechens, who are “all the same,” and towards Americans who, in their stupidity, viewed them as freedom fighters. Demotivators are making the rounds online explaining to Americans who these beloved freedom fighters of theirs really are, and that they should come to terms with the fact that Chechens are terrorists and should be treated accordingly.

What does one say to this?

Commentators lose themselves in conjectures: But why? Why did they need to do this? What had Bostonians done to them? I am afraid that the correct answer is: for no reason. A thief comes to steal, kill, and destroy. Why does he do this? For no reason. He simply steals, kills, and destroys. There is no point searching for some profound, mysterious meaning in evil. There is none. It can make use of rationalizations – excuses made up in hindsight – but the impulse of hatred and destruction is primary, to which some justification is later attached. It could be jihad, as in this case, or anti-jihad, as with Anders Breivik in Norway. But in actual fact, the whole substance here is: steal, kill, and destroy. And that’s it.

It is good that has meaning: any good deed, even the smallest – such as a friendly smile – is inscribed in the context of the symphony of the universe, it lays its own little stone in the Temple that we shall enter on the day of the general Resurrection. Evil is meaningless; its attempts to cloak itself in something are entirely false. The mystery of evil is that there is nothing mysterious about it. There is nothing in the emptiness that erodes the fabric of the universe except emptiness.

Satan is resourceful, but untalented. He does not come to give us something, but to take something away and offer nothing in return. We rebuff him when we refuse to be destroyed. We have the commandments of God, which we hold onto. No, we will not hate the Chechens. Let the authorities prosecute the offenders, but we will not hate them as an ethnic group. We will not rejoice that this hatred has received some sort of justification in the crime of these two lost souls. No, we will not rejoice that now the Americans (might) hate them, too.

Satan might run amuck on the streets of Boston and on the Internet, but there is absolutely no reason to allow him into our heads. If he has devoured the souls of these two young people, it does not mean that he needs to devour ours as well.