Source: Manila Standard Toda
Natalya Mihailova | 16 November 2014
ASTANA, Kazakhstan—Instead of bombing positions of the so-called Islamic State (IS) or revoking the citizenship of those who join the IS as some European countries do, and blocking channels of financing groups, Kazakhstan offers a recipe of peace—a an Interfaith Dialogue in 2015. For the 5th time, religious and political leaders from all over the world are expected to join the dialogue. 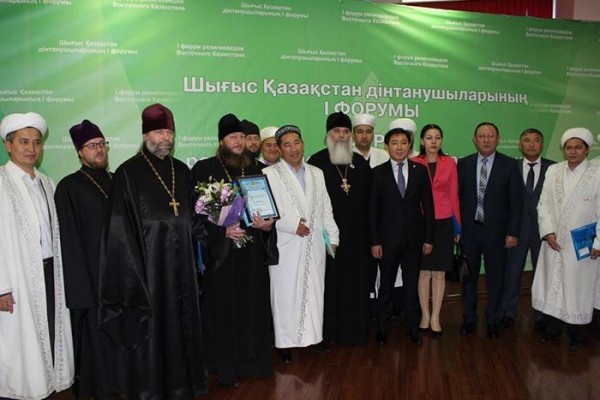 The fact that the platform for the global interfaith dialogue is Kazakhstanis not accidental. This Central Asian Republic has its own recipe for peace and harmony, and as time has shown, had been very successful.

After the collapse of the Soviet Union, Kazakhstan, unlike its neighbors, tried to avoid inter-ethnic clashes and more importantly, was able to maintain the atmosphere of peace and friendship until this day. There are nearly 140 ethnic groups and more than 40 religious communities living in the Republic, but Kazakh authorities have created conditions for the preservation of languages and cultures of the peoples; provide equal opportunities for members of different faiths living in the territory of the republic. In all major cities of Kazakhstan mosque coexist with Orthodox churches, a Catholic church, a synagogue and houses of prayer.

A guarantor of equality of rights and freedoms of its citizens, regardless of their nationality, language and religion was a unique institution, the Assembly of Peoples of Kazakhstan has successfully operated in the country for the past two decades. And this is not merely a formal body, because it has real power: the members of the Assembly shall elect the nine members of the lower house of parliament, and all the laws adopted by this Chamber are censored in the Assembly to meet the criteria of ethnic harmony and equality.

Special role in the issue of consolidation of the Kazakhstan society plays a doctrine of national unity. It serves as a basis for further improvement of legislation, the development of ethno-cultural and linguistic diversity, and the fight against religious extremism and radicalism.

The Kazakhs experience can be useful for many countries. With globalization, many threats gain international character. An example would be the “Islamic state”, under whose banner are now fighting close to 50 thousand supporters of radical Islam from different corners of the planet, including the very wealthy. Luis T. Arriola

In Kazakhstan, the fight against religious extremism is complex. Two years ago, the country was running a government program dedicated exclusively to this issue. A separate item has highlighted the question of enlightenment. Kazakh theologians hold regular religious literacy campaign among the population, accessible language to explain the difference between Islam and Islamism. Kazakhstan even launched an Internet portal, where one can get information about religion – the genuine and not misleading stakeholders. In addition, in order to increase the level of religious literacy in higher education,  the Kazakhs govertment train for free teachers of Islamic Studies to futher their work. Of course, this is being done with the partnership of law enforcement officers who were able to suppress all kinds of manifestations of religious extremism in the country.

Today, even the most skeptical calls Kazakhstan one of the few islands of stability in an unstable world. At the heart of this success are its promotion of peace and harmony in a multicultural society. This factor has allowed the Central Asian republic to assert themselves on the international stage, attracting huge investments and industrial and innovative development, to become one of the most successful economies in the CIS and to build ambitious plans to join the thirty strongest economies of the world.– Luis T. Arriola