Kiev Cathedral Used as Hospital During Night of Deadly Violence

A historic church in Kiev was used as a temporary hospital to treat people injured in Ukraine’s violent clashes, activists said Wednesday.

The landmark St. Michael’s Golden-Domed Monastery complex, which was originally built in the 12th century and includes a cathedral, was also used as a shelter by anti-government protesters, according to Reuters. 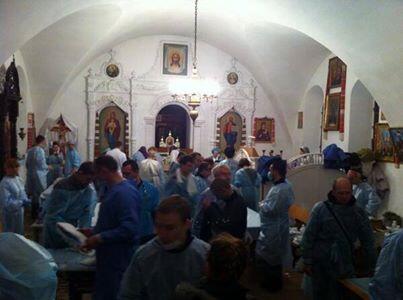 Ukraine’s Orthodox Church issued an appeal late Tuesday for all sides in the crisis to end the “Euromaidan” standoff, urging them to seek a solution.