Source: TASS: Russian News Agency
Thousands of people joined the procession in the polarized regions of eastern and western Ukraine in an expression of peace, civil reconciliation and an end to the civil war
Natalya Mihailova | 27 July 2016
KIEV, July 27. /TASS/. Kiev police are strengthening security measures in the city center, where participants in the Cross Procession of the Ukrainian Orthodox Church (the Moscow Patriarchate) are expected to arrive later on Wednesday. 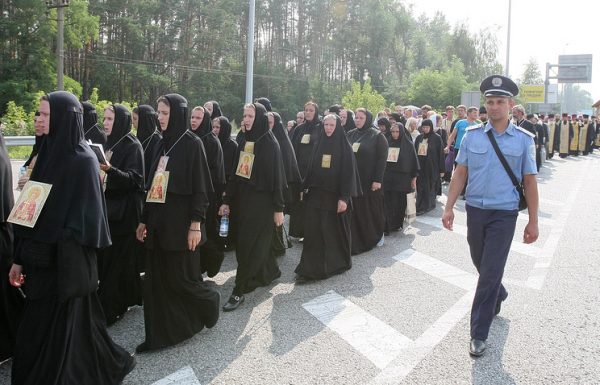 “Fences and metal detectors are set up at Khreshchatyk, there are many police officers in the city center – at least five buses with law enforcers. There are also several buses with National Guards, policemen with dogs. Movement was partially restricted on streets leading to Independence Square, one line was left for traffic,” 112 Ukraina TV channel reported.

Several other streets have been closed as well. Kiev authorities said the city center will be closed until 5pm local time, parking is forbidden in places of mass demonstrations. 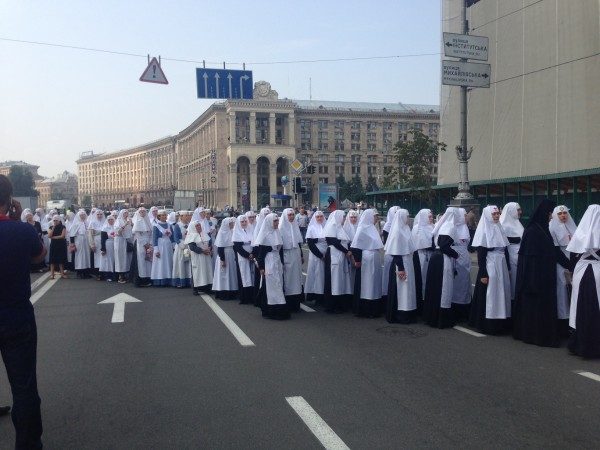 Some participants in the Cross Procession were not able to leave Odessa earlier today as they were blocked by activists from “Auto-Maidan” movement. “Representatives of ‘auto-maidan’ threatened to burn pilgrims alive and kill bus drivers if they continue the procession,” a spokesman for the Odessa diocese said. “Pilgrims were dropped off. Unfortunately, they will not be able to join celebrations in the capital. Buses turned around and returned to Odessa,” he noted.

Many thousands of people have joined the procession in the polarized regions of eastern and western Ukraine in an expression of peace, civil reconciliation and an end to the civil war that has wracked eastern Ukraine. The procession started from two opposite parts of Ukraine. The all-Ukrainian Cross Procession for peace in Ukraine started in the Svyatogorsk Lavra monastery in the east of the country on July 3 and in the west of Ukraine – in Pochayiv Lavra monastery on July 9. 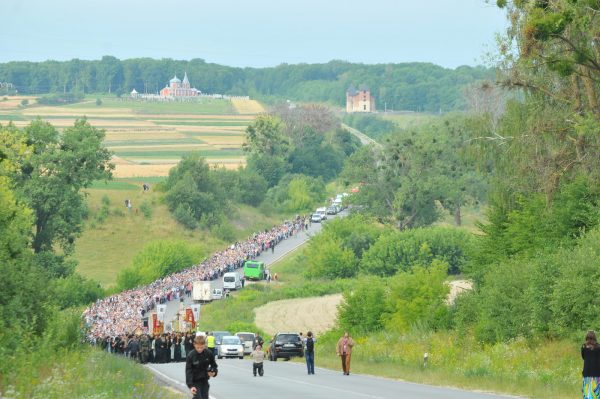 On July 27 – the eve of the Day of the Baptism of Russia and the memory of Prince Vladimir, the two processions are to meet in Kiev on Saint Vladimir Hill and together with the Orthodox believers of the Ukrainian capital and pilgrims from all over Ukraine go to Kiev Pechersk Lavra.