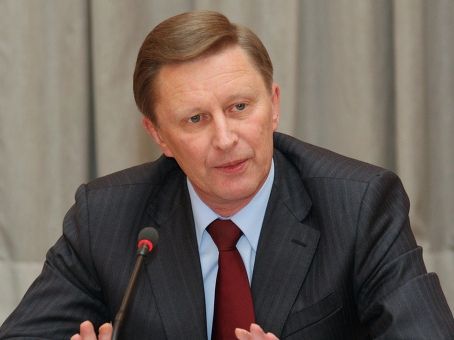 “With complete connivance from the authorities, more than 60 attacks have taken place in Ukraine since the start of the year – physical attacks on church buildings and priests of the Orthodox Church of the Moscow Patriarchate. All this, by the way, is happening in the center of enlightened and civilized Europe – I’d like to emphasize this,” Ivanov said at a meeting in the Kremlin on Thursday of the presidential council for liaison with religious associations.

“The illegal change of government in Ukraine in February this year led to a very serious outbreak of radicalism in general and, as a result, gave rise to mass-scale violations of law, religious intolerance and violence against believers,” he said.

This “would have been impossible if, right from the outset, public and political processes had been dealt with through dialogue, without external interference,” Ivanov said. “Russia has always advocated such an approach and will continue to advocate it.”

Ivanov said various religious minorities in the Middle East and North Africa, including the Alawites, Druze, Yazidis and Christians, Catholics and Orthodox alike, are under similar pressures.

“Primarily, this manifests itself in a rapid upsurge in religious extremism, which is largely a consequence of what, putting it diplomatically, have been shortsighted policies on the part of some Western countries. We can clearly see all that. Islamic State is, of course, the best example,” Ivanov said.

“In Syria and Iraq, hundreds if not thousands of Christian churches and temples representing other religions have been destroyed. Hundreds of thousands of believers and members of religious minorities have left places that have been traditionally populated by them,” he said.

He added that Baghdad’s Christian community had been halved.

Most viewed articles
Pătrăuţi Monastery Reopens after more than 200 years177
Can Shame Ever Be Healthy?117
“He Loves Me…He Loves Me Not”102
Receiving Christ and satan90
Woman Expecting MoMo Twins Healed from COVID in Samara. Her Daughters Were Born Healthy62
Patriarch of Jerusalem: The Annunciation of the Theotokos Announces the infinite love of God53
Patriarch Kirill Sends His Condolences to Queen Elizabeth II over the Death of Her Husband53
Victims of 1941 Nazi Bombing Commemorated in Belgrade41
Sunday of the Samaritan Woman3
Don’t Miss The Ladder1
Most popular authors
Aurelian Iftimiu178
Pravmir.com team148
Archpriest Stephen Freeman117
Fr. Gabriel Bilas102
Archpriest Michael Gillis90
Irina Sycheva63
Archpriest Geoffrey Korz1