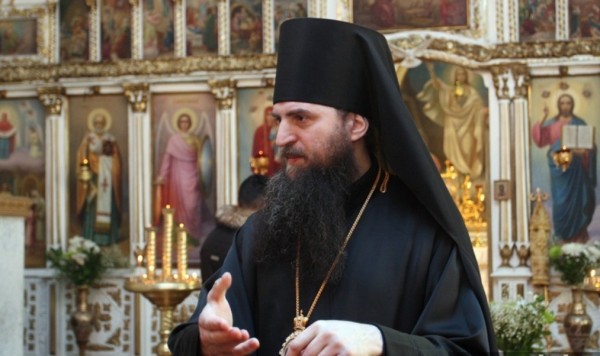 Under the Religion Law, this prevents him from working as a religious worker in Kyrgyzstan. “This is a ban on the Bishop,” Orthodox Church spokesperson Yuliya Farbshteyn told Forum 18 (www.forum18.org).

The SCRA claimed that the Bishop was denied registration as he “threatens the public security of Kyrgyzstan and sows religious discord among the population.”

According to Mushfig Bayram, writing for Forum 18, “Orthodox believers totally denied these claims to Forum 18. The SCRA also claimed that registration was refused as the Interior Ministry’s Anti-terrorism Department was investigating the Bishop.”

This Department, however, told Forum 18 that it has “nothing against the Church or the Bishop.” Sunday school catechist Vakhtang Fyodorov continues to be threatened with deportation. Also, the State Property Fund is again seeking – this time through the Supreme Court – to confiscate the building of the Protestant Church of Jesus Christ in Bishkek.

The Religion Law states that religious organizations can “own only buildings, constructions, ceremonial objects, objects of production, social, and charity functions, monetary funds, and other property necessary for provision of their activities.” However, the Law does not define what
is meant by “necessary” or who decides on necessity.

Religious events outside a community’s own premises can, under the Law, “be performed in the procedure stipulated by the legislation of Kyrgyz Republic.” However, said Forum 18, “no such procedure is specified in the Religion Law.”