Source: Daily News
The Orthodox church of Saint Clement, which was built at least 1,000 years ago in Ankara and is the only Byzantine-era structure in the city, has almost disappeared among office buildings
Natalya Mihailova | 09 February 2016 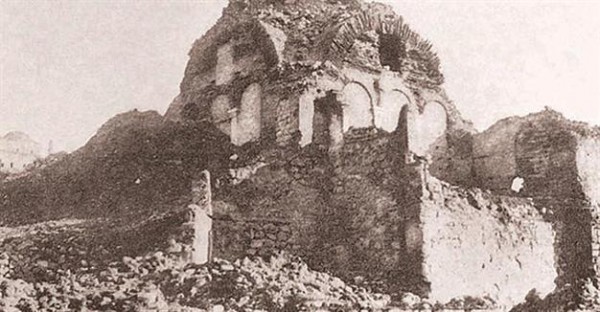 The only structure from the Byzantine era in Ankara, the Saint Clement Church, is about to disappear amid the city’s continuing urban sprawl.

The structure, which is among office buildings in the Altındağ district, can be visited only with the permission of the owners of the offices and by walking down the fire escape stairs.

The church, which was registered with a decision of the High Council of Immovable Heritage Items and Movements (GEEAYK) on April 12, 1980, is now fighting to survive.

According to an article on the archaeology website Arkeofili, Ankara, whose known history dates back 10,000 years ago at least, has been home to many civilizations, including the Byzantines.

But the church, the last remnant from the Byzantine era in the city, appears set to disappear from the pages of history.

Although it is a very important cultural artifact, the Saint Clement Church is in ruins due to neglect and requires serious attention. The church is located between Denizciler Avenue and Çıkrıkçılar Slope in the Ulus neighborhood, behind the old courthouse building. 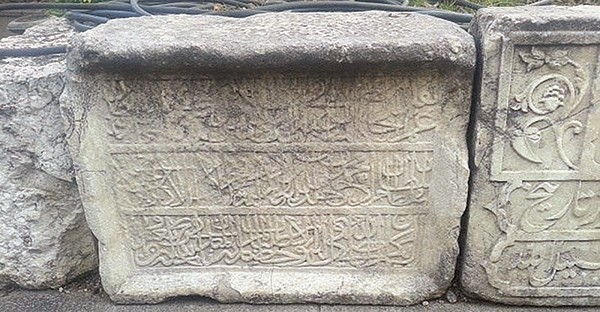 Saint Clement, an Ankara bishop who worked to spread Christianity, was born in Ankara in 283. He was killed by the Emperor Diocletian (284-305), who was known for his massacres of Christians, in 303. He was later declared a saint by the Orthodox Church, while a church was built in his name in the Byzantine era.

Many historians have different views about the history of the Saint Clement Church. The church is generally believed to have been built between the fourth and ninth centuries. It is known that at the time of the Ottoman Sultan Murad II, a mosque and madrasah were built on top of Saint Clement’s by Ahmed Bin Hızır Yeğen Bey. In a fire in 1917, the two structures were completely burned, but the structure’s minaret survived for some time before also being removed in 1925.

The Arabic inscription of the mosque, which was discovered during the construction of the courthouse, is now at the Ethnography Museum.

The church, which is mentioned in a book titled “Tarih İçinde Ankara” (Ankara within History), published by the Ankara Metropolitan Municipality, has previously been described as a Byzantine-era sanctuary.

Today, only the interior façade of a wall and marble blocks from the church have survived. 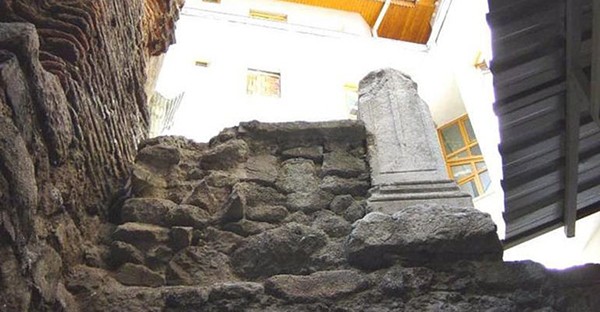