Source: Interfax-religion.com
Natalya Mihailova | 22 November 2014
Moscow, November 21, Interfax - At least fifty churches were attacked and some twenty churches were taken over on the territory of Ukraine in the course of the military action there, Vladislava Filyanova, the head of the ethnic and religious issues research sector of the Russian Strategic Research Institute, said. 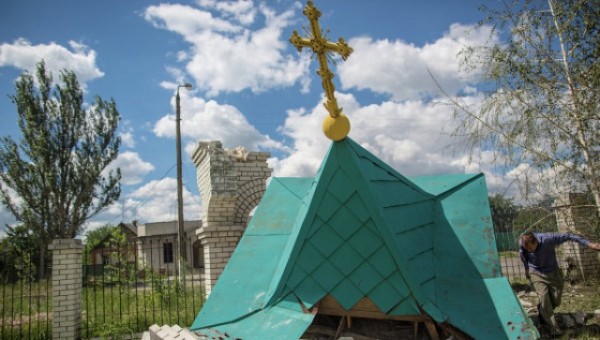 “It’s the minimum because information on such takeovers is rarely reported by the media,” the expert said.

The expert said the media are now advised against publishing such information in order to prevent the situation in the country from being aggravated, which makes it difficult to see the objective picture.

Filyanova also called the creation of the White Book of facts of Ukrainian Orthodox Christian rights violations in Ukraine, saying this information should be presented in the UN and the OSCE to draw the attention of international organizations to this issue.

Most viewed articles
“Do Not Weep”145
Best Films of the Pokrov Film Festival Have Been Determined129
Christ the Life Giver126
(VIDEO)Celebrating 5 years of Byzanfest International Orthodox Film Festival78
Patriarch Kirill Answers Questions from Participants of the Ninth Faith and Word Festival72
The Religion of Self72
“He preached the message of the Resurrection for 12 years”: First Bishop of Deva Gurie Georgiu laid to rest at Cathedral of St Nicholas18
Using Our Time Wisely to Cultivate the Seeds of Faith2
Most popular authors
Pravmir.com team279
Archpriest Peter Olsen145
Fr. Theodore Stylianopoulos126
Fr. Gabriel Bilas72
Aurelian Iftimiu18
Priest Luke A. Veronis2