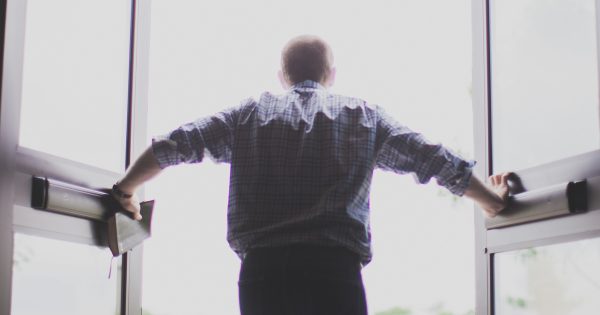 As a priest, I am always concerned about why people leave the Orthodox Faith. Over the years, I have noticed that the problem may have to do with the very modern ways in which we think about our spiritual lives as personal journeys.

In pre-modern societies, a person’s identity was forged almost entirely in relation to his or her tribe. As a member of the tribe, your ‘journey’ was well-defined through rituals of birth, coming-of-age, marriage, the making of war and peace, and death. Your ‘journey’ was not your own, but one that your ancestors had taken before you.

In the modern world since the 18th century, the ties between individuals and communities have largely been severed. As a result, the sense of life as a journey has come unmoored. While your journey to maturity used to be well-defined for you by your tribe, now you must invent not only the destination (whatever constitutes ‘personal fulfillment’), but also the route and the markers of meaning along the way.

I think of myself as a typical example of this modern situation. When people learn that I’m an Orthodox priest, they often asked whether I am Russian or Greek. The assumption is that I entered the priesthood because it is my tribal religion.

In fact, I was born in the Seychelles, raised in southern and eastern Africa, and emigrated to western Canada. I chose to attend an Orthodox Church independently of my family, who found my decision strange and alienating. Entering the priesthood was very personal for me. It was my journey, one that I undertook for myself, rather than as a part of the well-worn path that the members of my tribe had followed before me.

In this sense, then, the modern breakdown of the tribally-defined journey has been a good thing. It has made it possible for people like me, who are outside the Slavic, Greek, and Palestinian tribes, to discover the riches of our Orthodox spiritual heritage.

But there’s also a dark side to these personal spiritual journeys. When the tribe no longer defines your journey into spiritual maturity, then every path and every destination is equally valid, because you chose it, and it’s right for you.

This assumption can be very dangerous. If every path you choose is right as long as it’s part of ‘your personal journey,’ then Orthodox Christianity, which considers itself the way to human salvation through Jesus Christ, is no more right than any other spiritual path. Worse yet, Orthodoxy may become just another stop along your way to something ‘more fulfilling’….

In short, when we uncritically adopt the modern understanding of the spiritual life as a personally-defined journey, we allow for the possibility of reducing Christianity to a purely subjective faith, dependent on our notions of ‘personal fulfillment.’ While the modern sensibility has broken down barriers and allowed people outside tribal boundaries to journey into an encounter with the fullness of the Gospel, it also has a dangerous tendency to make the journey away from the Church just as valid as the journey towards it.

If we have to talk about a ‘personal spiritual journey’ or a ‘journey of faith’ (and it would be hard not to do so), we need to remember that as Orthodox Christians, our journey and the destination—the fullness of Christ in the tradition of the Orthodox Church—are not self-defined, but a given.

However personal our journey to Orthodoxy may have been, once we arrive, we are called to do something profoundly anti-modern: to conform the rest of our journey to that of the spiritual tribe to which we ultimately belong—the Church.

While Orthodoxy may have been a choice we made because it ‘felt right,’ our choices as Orthodox Christians cannot be made using that same approach. Rather, we must continually make our spiritual decisions within the context and understanding of the Church, asking how we can choose a path that is consistent with that of our spiritual ancestors – the apostles, the saints, martyrs, evangelizers and the Mother of God, herself – those who have walked before us.

Only then can we avoid the pitfalls of modernity, which too easily leads us away from our hearts’ true home.

Consider the following situation: you are shopping at the grocery store when you notice a young couple in…