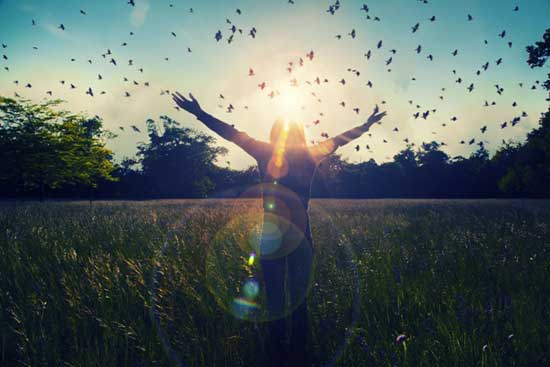 One of the most beloved movies ever made was Frank Capra’s, “It’s a Wonderful Life”. Staring Jimmy Stewart as George Bailey, the movie tells the story of an ever optimistic man, who, while facing life’s hardships, set aside his own dreams in order to help others, only to witness a run on his bank. Feeling he’d failed his family, his friends, and the bank’s customers, and that he was about to lose everything, George found himself struggling with the idea of committing suicide on Christmas Eve.

At the point in the movie where George utters the words, “It would have been better had I never been born”, his guardian angel, Clarence, played by Henry Travers, shows George all the lives he has touched and how different life in his community of Bedford Falls would have been, had he never been born. George is allowed the gift of seeing firsthand the lives he has touched, and as a result learns to understand the miracle of family and friendship.

“It’s a Wonderful Life” has become a favorite movie to watch for countless Americans, during the Christmas season, for the message is timeless. All of us have had moments where we felt we just couldn’t go on, and suicide seemed like the only logical solution. As a young man I experienced a terrible period of depression and despair, and attempted suicide. Yet, when I hear from others how my daily blog and Ancient Faith Radio podcast, both under the banner, “The Morning Offering”, have helped so many people, it is unfathomable that I was ever that despairing young man. Yet perhaps it is because I was that young man, that I am able to sympathize with those who are suffering, and help them see that this dark time can be the very catalyst for a bright future.

The national rise in the number of suicides, together with the increasing gun violence directed toward others, is a clear sign that our nation is in serious decline. It is not politics or racism that is behind the mass murders that are taking place on our streets, and in our malls, as the perpetrators only use left or right politics, or racism, as an excuse. What is really happening is that our society has lost the spiritual and moral compass that has, in the past, kept us on tract.

The nihilism that has crept into our homes, schools, and colleges, has deprived our society of the spiritual and moral principles that, in the past, grounded us as a people, and built in the moral and spiritual principles that kept us all focused on living peacefully within the greater society. Meanwhile, our young have lost hope, and in their state of self-hatred and despair, and with no hope for the future, many of them want to go out with a notoriety, good or bad, where they are noticed.

It has been my experience that we are all called, at some time or another, to be Clarence, that funny guardian angel who points out the worth of another person, and reaches out with a loving embrace, offering soothing words of comfort and support. If, as Clarence, we pay attention to the fact that many people’s high expectations for happiness will fall short, and leave them lonely and despairing, our own acts of kindness, words of encouragement, and smile of acceptance, can make all the difference in the world, and we will become that signpost pointing the way to a bright and happy future. And, in this age of unbelief, we openly live lives that are centered in Christ, we can become the lights in the darkness, for those who have lost their way.

Let us be the Light of Christ in the midst of a world in darkness.