Let Us Find Room For The New-Born Christ 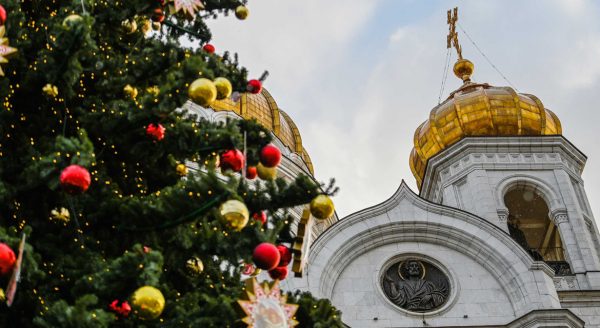 Thoughts on the Events of the Nativity

• Joseph and Mary went to Bethlehem to be counted in a census and were unable to find an inn in which to stay. Really, who has time and space for God today? How necessary is God for us in our life. Back then, people had filled all the inns and there was no lodging for the divine Infant. I think this demonstrates that people fill their lives with natural and human things and leave no margin for the supernatural, the divine. This continues to be so today: humanity is so locked into its own restrictions that it’s unwilling to accept God. Of course, the amazing thing is that, in any case, the divine Infant finds a way to come to earth and reveal Himself to ordinary people. 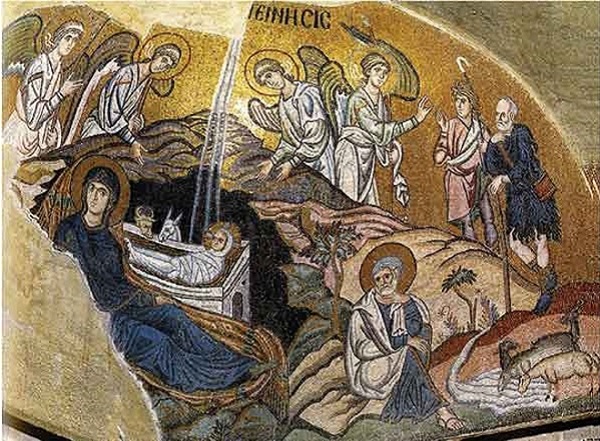 The magi, well-educated scholars of their day, travelled for some time and, in the end, arrived and were able to venerate the divine Infant. We should note that the magi had studied the Scriptures and knew that the star would mark an important birth. This demonstrates a) that those who are interested and search will see God’s sign and will recognize Him; b) that their lengthy journey denotes the long process of the quest for God, Who is there all the time, if we only can be bothered to go and meet Him; c) that human wisdom reverences God and there have been important scholars who were not only believers, but also saints of the Church; d) that God accepted human gifts, which His All-Holy Mother kept and gave to the Church of Jerusalem. They’re now kept in the Monastery of Saint Paul on the Holy Mountain.

• Christ is born in a stable with animals in it, and is venerated by herdsmen. We see that ordinary people, as well as irrational nature, accept God simply and naturally.

• King Herod wanted to kill the young Christ, in case He would take his authority from him at some time in the future. He asks the magi to keep him informed, and when they don’t return, he decides to slaughter all the infants, to be sure of eliminating Christ. This shows the envy of evil for anything good, envy which reaches the point of putting to death anything good before it has time to flourish. How many times in history have those who are short on achievements but are important in terms of position put to death inspiring ideas or outstanding people? Thirty years after Herod’s slaughter, the Pharisees wanted to kill the risen Lazarus, in order to obliterate the living proof of the resurrection. Instead of rejoicing at Lazarus’ return to life, they worried that they might lose the authority they had among the people. So they wanted to put Lazarus to death, but he fled to Cyprus to escape them.

• Our Lady gave birth to Christ outside her home, on a journey, in a place other than where she lived. This shows that God can be born where we don’t expect Him, even in strange places, among people who are probably strangers to the framework we’ve erected. But wherever He’s born- and the choice and the reason for it is entirely His- He’ll bring peace and love and will warm people’s soul, insofar as they want Him to, of course. If they don’t, He won’t, as was the case with Herod.

• The flight into Egypt, where Joseph, Mary and the Child went after being warned by an angel in a dream, in order to escape the insanity of Herod: There are a number of points here. Joseph was warned by an angel and this is an indication of the faith and trust required to achieve salvation. Just as it was necessary for Joseph to trust the angel in order to save the young Christ, so we, too, are called upon to show our own trust. Herod’s madness indicates the persecution of God which the powerful strive to set in motion. We see that Christ, as a human person, ‘needs’, the help of other people- his mother and Joseph. This shows that God has people who defend Him against others who want to remove Him from our lives. These people who trust in Him keep Him alive on this earth of ours and have the joy of seeing Him ‘growing’, as Joseph and Mary did, and working miracles.

May each of us find the divine Infant by their own path, some directly, like an ordinary shepherd, with faith and humility, and others through scholarship, study and observation which can also lead to God, as was the case for the magi.