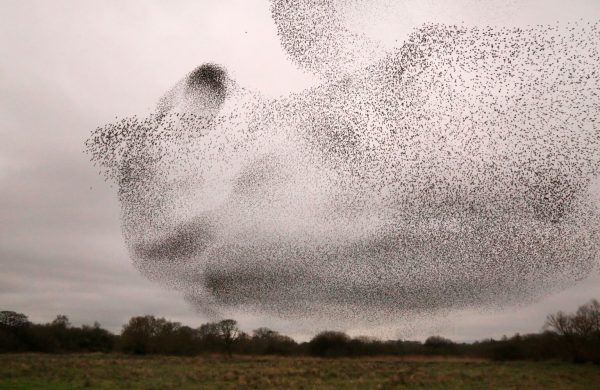 German theoretical physicist Max Planck was told by his professor not to go into Physics as “almost everything is discovered already”. So Planck said he did not want to discover anything & just wanted to learn the fundamentals. He went on to originate Quantum theory & won a Nobel Prize. – a recent fact that came to my attention.

It is the nature of the modern world, it seems, to pride itself on its knowledge. We are given “news of the world,” and imagine that the slim, slickly-crafted minutes of editing-room caricatures constitute “knowledge” of what is taking place at any given moment. I am far more persuaded by the comic personality, Fr. Guido Sarducci, who once offered his “Five Minute University,” in which he promised a college degree accompanied by all the information one would remember five years after graduating from college. Thus, economics would be, “Supply and Demand.” What we have in the modern world is not “information” but a “point-of-view.” That point is a make-believe position in the universe from which we think we see everything. If modernity were an author, it would only produce novels with an “omniscient perspective.” It is, therefore, quite surprising when we discover our own ignorance, and yet more frustrating when that ignorance will not yield to knowledge upon demand.

This is instructive for Christian believers. We know a “tiny something” about God. We also have a window of communion with Him by which we may have a different kind of knowledge (non-informational). Mostly, what we have with regard to God, must be described as ignorance. I believe this ignorance is quite important and its recognition to be utterly essential to the spiritual life.

An old alcoholic once told me, “The only thing you need to know about God is – you’re not Him.”

I would say that it is not the “only” thing we need to know – but it’s a very important thing.

Orthodox theology traditionally speaks of “apophatic” theology, meaning, a theology rooted in what “cannot be spoken” (or, the “inexpressible”). Anything capable of being approached with reason is capable of being spoken. Therefore, I assume that Orthodox theology grasps that there is a knowledge that can be known in a manner that cannot be expressed – one that transcends reason – and it is this sort of knowledge that is most essential for our life.

Some years back, my wife and I stood beside the Grand Canyon. I had bought a small camera for the trip and felt a deep frustration as I tried to take pictures. Every picture I took, no matter how I pointed the camera, no matter how I adjusted the lens, was a failure. Every picture was entirely accurate. However, no picture could capture what I saw and felt. The Grand Canyon, and the experience of standing on its edge, cannot fit in a standard camera (if any). I think that reason is somewhat like that. It can do an amazing job of expressing and understanding certain things. It cannot, however, do everything. If there is a “reason” that can comprehend the whole of things, then it is unknown to human beings.

Christianity is a “revealed” religion – “apocalyptic” in its very nature (“revealing that which is hidden”). Though Christians speak of Christ as the “fulfillment” of the Old Testament Scriptures, He is a revealing of that which is “hidden” in those texts. It is not unusual for some to mistakenly treat Him as though He were the obvious continuation of the story and to begin their “reasoning” about Christianity based on what they largely see the Old Testament story to be. The Christian tradition (rightly understood) reads the Old Testament “backwards,” through the lens of what is made known to us in and through Christ, for He is the “interpretation” (exegesis) of the Father (Jn. 1:18 “θεὸν οὐδεὶς ἑώρακεν πώποτε· μονογενὴς θεὸς ὁ ὢν εἰς τὸν κόλπον τοῦ πατρὸς ἐκεῖνος ἐξηγήσατο.”)

If we begin with Christ Himself, what then do we know of God?

We know that God loves us, that He is utterly committed to our true well-being, that His love is self-emptying and sacrificial. We know, in Christ, what the “image” of God looks like, and what it means to be created in that image. We know that the self-emptying love of God, shown forth on the Cross, is the “wisdom, word, and power” of God. In Christ, we know the nature of the “good.”

It would be possible, obviously, to expand this list, though I think the character of that knowledge would remain the same. What we do not know are many of the “large” questions that so enthrall the modern mind. We crave the “omniscient” perspective. Jesus does not give this to us. His disciples were particulary drawn to questions surrounding the “last things.” “Will You restore the Kingdom at this time?” Christ demurs, telling them that such things are known “only to the Father.” Apparently, not knowing such things is inherent to being human.

I believe that there are great philosophical questions that are opaque to our questioning. The book of Job raises the specter of the “problem of evil” and leaves it wrapped in the mystery of God Himself. I have yet to hear anyone offer an answer to the question that satisfies. I believe that there is a “shame of ignorance” that accompanies the question, a dynamic that explains why it so often produces anger. This very shame, however, is the raw edge of our own nakedness, a point where our existence as creature meets the silence of the Creator.

In my own life, I have stood at that point many times. More than that, I have stood beside others as the questions raged in their hearts. I have listened while God was compared to a heartless beast and torturer, the most evil of all. And the silence abides. My ignorance and my speechlessness are, however, a true part of me. They represent much of the powerlessness of my creaturely existence. “You cannot make one hair white or black,” Christ reminds us. (Matt. 5:36)

We have all largely been formed in a culture of consumerism. It is not surprising, therefore, that we approach God as consumers. We want to “kick His tires,” discuss His program, find out what makes Him tick and why He does what He does. Ignorance is the bane of a consumer’s existence. God, however, is not a product for consumption. He is rightly approached in a relationship of “offering.” He gives to us, and we give to Him. It is a different mode of existence.

It seems to me that ignorance and powerlessness go together (just as knowledge is often a tool in our drive for dominance). Both are treated as shameful in our culture as we celebrate mastery and success. As years have gone by, I am increasingly convinced that the shame of my ignorance is deeply bound up in my salvation – my union with the glory of God in the face of Jesus Christ. In a world of masters I see violence and oppression. In such a world only the foolish dare be ignorant. May God give me the grace to remain a fool, and may He receive it upon His heavenly and noetic altar as an odor of sweet fragrance, a sacrifice of praise and thanksgiving.