Living with the Same Old

We need to stop denying that life is vastly ordinary and mostly pretty dull. Let’s get that through our heads by spending a little less time listening to the voices and watching the images that try to tell us otherwise.
Priest Richard Rene | 10 February 2012

Perform a little thought experiment with me, if you would. Think back over the past five months, from the New Year until the present, and ask yourself how many days you would characterize as exciting, extraordinary, or life-altering.

Having trouble? As hard I could, I could count no more than five days that come anywhere close to meeting the above criteria. Five days out of about 150—that’s just over 3%. In this, I don’t think I’m really unique. For most of us, 99% of life consists of the mundane, the ordinary, and the plain old dull. We get up, go to work, take care of family stuff, play, watch TV, eat, go on the Internet, go to bed, get up…

The rituals of daily, weekly, monthly, and yearly existence are relatively conventional for all of us: births and birthdays, weddings, funerals, graduations, medical appointments, and so on. As human beings, we share this common heritage of customs, ceremonies, and common experiences that bind us together. The “spikes”—unusual or unique events that distinguish us and change our lives—are few and far between.

This reality stands in sharp contrast with human life as it is often portrayed in movies, literature (especially the escapist kind), internet and television. The media by its very nature depicts the high points and the low points of life, often within the span of minutes, not hours. For the most part, the pervasive ordinariness that we all know is glossed over or ignored in favour of the most glamorous or dolorous moments. 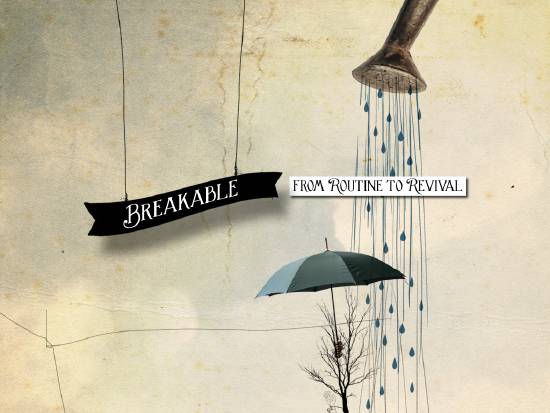 If we spend a lot of time consuming media in all its different varieties, we may be tempted into thinking that life should be the way the media portrays it. I remember a comedy sketch I recently heard in which the comedian lamented that he couldn’t say, as characters did in the movies, that he would “be on the next flight out” whenever he wanted to. He was stuck instead looking for the best deals online, and managing all of the frustrating little travel details that movie characters never seem to have to deal with.

The problems start when we come to believe that the life depicted in the media is somehow attainable in the real world. We start to think that the mundane quality of our lives are unusual, perhaps reflecting some defect in ourselves, whether it is a lack of money or a lack of character. Our dissatisfaction drives us to seek out more and more wealth and material possessions. Our unhappiness drives us to fill our lives with “highs” in the form of constant entertainment, thrill-seeking, sex, alcohol or drugs…

When we give in to the media’s deceit, the vast bulk of our daily routines can become a burden to us. We can’t wait for the weekend, when we can inject a little excitement into our existence. We live for the excitement, while a pall falls over the rest of our days, which must be merely endured until the next high arrives.

I think we can all agree that this is no way to live. The question is, how can we stop merely putting up with the “same old” and start actually finding value in it? The first step, I think, is to remind ourselves that media reality does not and cannot correspond one-to-one with real human life. No one on the planet, even the most wealthy and powerful, live exactly as the movies would portray them. Sex is never accompanied by an orchestra, and no one ever just jumps on the next flight to wherever they want to go. Even Bill Gates has to wait for clearance before taking off in his private jet…

We need to stop denying that life is vastly ordinary and mostly pretty dull. Let’s get that through our heads by spending a little less time listening to the voices and watching the images that try to tell us otherwise.

Secondly, we need to realize that routine, ritual, and repetition are processes inherent to human life. God built a whole lot of “same old” into our lives for a reason. We seem to need those times to percolate, marinate, and generally soak in the more intense moments of our existence. We seem to understand deep experiences best by having a period to consider and reflect upon them in long, uninterrupted stretches.

Take marriage, for instance. The intensity and excitement of the engagement, the wedding, the honeymoon, the early months, and even the birth of the first child, require years of quiet routine and habit to find their true meaning in our lives. There is certainly excitement to be found throughout the life of a marriage; my point is that the true significance of a marriage does not become fully evident without those times in which nothing much happens, or else in which the same thing happens over and over again.

The “same old” exists to teach us the deeper meaning of life. Don’t ask me why; it just seems to be the way we were built.

Finally, we need to see the ordinariness of life as a challenge to look deeper and discover the extraordinary. Jesus commands us to avoid “vain repetitions,” but in life—as in prayer—repetition is only vain if we are not really paying attention. The solution to vain repetitions—both in life and prayer—is simply an attitude of greater attentiveness to that which we would otherwise ignore: our own hearts, where the Presence of God dwells. Only the absence of distractions that is the ordinary awakens us to that extraordinary miracle.

The “same old”—those flat, occasionally undulating plains of existence—call us to look at mundane things like clouds and sunsets, to smell the coming rain, to touch a new leaf and taste a cherry, and discover again what Gerard Manley Hopkins called “the dearest freshness deep down things.” The ordinary, repetitive sounds of life—the rush of traffic, the creak of the house, a bird singing, the wind in the trees—call us to delve deeper and really hear the “still, small voice” that speaks to us of eternity.