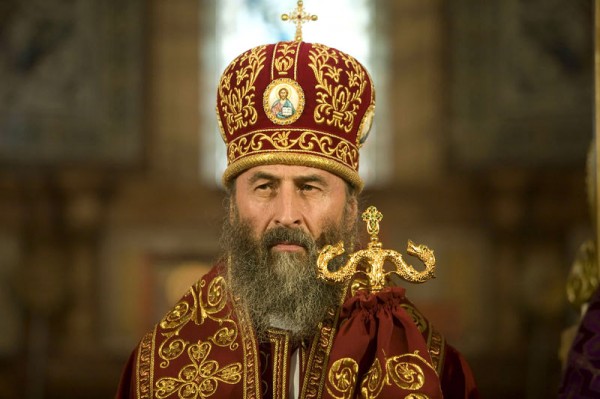 He noted that churches in Kiev and other regions of Ukraine had recently been set on fire, acts of vandalism had been committed and there were attempts to capture churches and other premises belonging to the UOC. He is especially concerned with the fact that a great number of aggressive and armed people have gathered on June 22 near the Kiev Laura of the Caves.

“It looked as an attempt to capture the Laura. By God’s mercy and thanks to professional actions of the law enforcement agencies the situation was settled. However, the events could have developed differently and it could result in human victims and growing split of the society,” the address reads.

Metropolitan Onufry is also outraged that the mass media have recently repeated messages, which “significantly pervert” the position of the Church on Ukraine.

“Coverage of the events around the Kiev Laura of the Caves was not an exception. We consider it as attempts to artificially oppose the Ukrainian Orthodox Church to the society. Such actions threaten to violate inter-religious peace and social stability,” he summed up.