Love as Attention and Memory

Joseph of Arimathaea, an honourable counsellor, which also waited for the kingdom of God, came, and went in boldly unto Pilate, and craved the body of Jesus. And Pilate marveled if He were already dead, and calling unto him the centurion, he asked him whether He had been any while dead. And when he knew it of the centurion, he gave the body to Joseph. And he bought fine linen, and took him down, and wrapped Him in the linen, and lad Him in the sepulchure which was hewn out of rock, and rolled a stone unto the door of the sepulchure. And Mary Magdalene and Mary the mother of Joses beheld where He was lad. And when the Sabbath was past, Mary Magdalene, and Mary the mother of James, and Salome, had brought sweet spices, that they might come and anoint Him. And very early in the morning the first day of the week, they came unto the sepulcher at the rising of the sun. And they said among themselves, Who shall roll away the stone from the door of the sepulcher? And whey they looked, they saw that the stone was rolled away: for it was very great. And entering into the sepulcher, they saw a young man sitting on the right side, clothed in a long white garment, and they were affrighted. And He saith unto them, Be not affrighted; ye seek Jesus of Nazareth, Which was crucified: He is risen, He is not here: behold the place where they laid Him. But go your way, tell His disciples and Peter that He goeth before you into Galilee: there shall ye see Him, as He said unto you. And they went out quickly, and fled from the sepulcher, for they trembled and were amazed, neither said they anything to any man, for they were afraid (Mark 15:43-16:8). 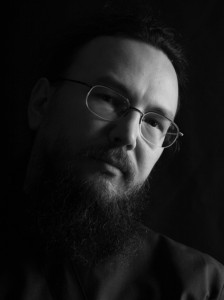 The present Sunday, the third of Pascha, is dedicated to the remembrance of the holy people who were witnesses to Christ’s burial. These are the Myrrh-Bearing Women, as well as the Righteous Joseph of Arimathea and Nicodemus. It is obvious that, by placing this celebration in such close proximity to Christ’s Resurrection, the Church is hastening to remind us in these joyful Paschal days of something extraordinarily important, and not just providing occasion to congratulate the women around us with an “Orthodox Women’s Day.”

As paradoxical as it may sound, today the Church glorifies manliness. The manliness of those who remained with Christ when His disciples – that is, the Apostles – were frightened and ran away. The manliness of Joseph, a member of the Sanhedrin, who dared ask Pilate for Christ’s Body without fearing persecution by the Jews. Joseph gave his own cave for the burial, thereby testifying to his exceptional regard for the Crucified One. We also honor the manliness of Nicodemus, who was already under suspicion for following Christ. Under the watchful gaze of the Pharisees, he brought sweet spices for the burial of the Crucified Lord. We also bow down before the manly deed of the Myrrh-Bearing Women, who dared bring sweet spices to Christ’s grave, knowing full well that they would be met there not by Christ’s friends, but by a military guard and a sealed tomb. And, most importantly, no one yet knew that Christ was risen.

When it comes to faith, how often we draw a rather narrow corridor, using reasonable arguments and colorful examples from life, along which we think our interlocutor should follow, so long as he is not the ultimate villain. It is so insulting when this step, which we so desire, is not taken – and for reasons that we cannot understand from our perspective. The mystery of faith appears to be uncrackable by even the most refined believing mind. We appear to be in a strange position: Joseph and Nicodemus, along with the women, did not know that Christ was risen, but went fearlessly to His crucified and buried Body; but we, who have seen Christ’s Resurrection, cannot convince others even to cross the threshold of a church.

Did the Myrrh-Bearers have faith when they went with the sweet spices they had prepared? After all, what had taken place before their eyes was a terrible tragedy, a personal tragedy for each one of them, who were deprived in a single moment of their beloved Teacher. Yes, they roared with grief – and we hear this weeping throughout the hymnody of Holy Week – but no one, except for Judas, fell into despair. Not even he who denied Him three times. Not even those who could not bear the horror of Gethsemane and fled. If no one fell into despair, that means they still nurtured hope. 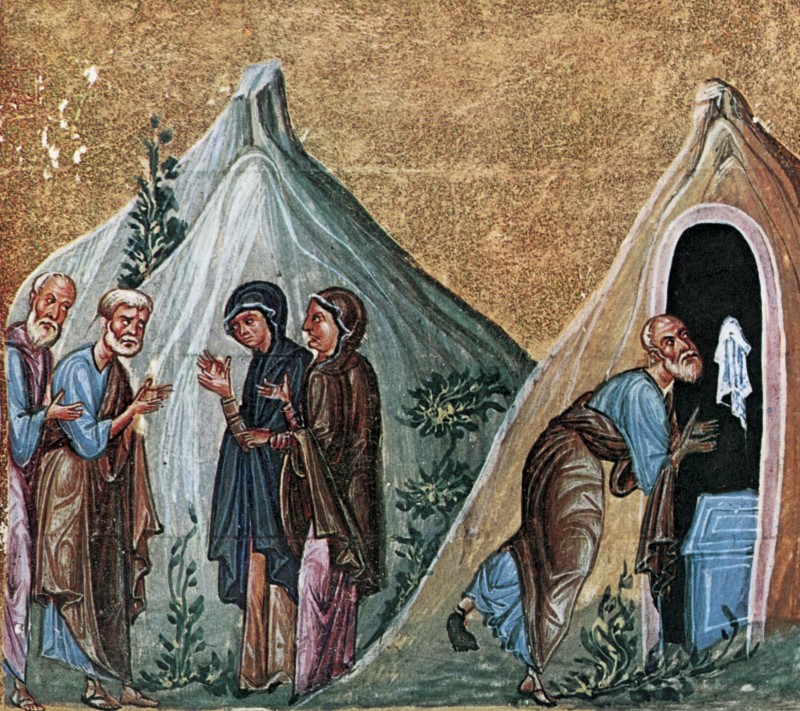 Did Christ in fact demand faith of His disciples? The answer to this seemingly simple question is far from obvious. Yes, He in fact said much about faith in Him, but this faith never became a binding “obligation” of the Apostles with regard to Him. Faith is always a “condition,” not an “obligation.” It is senseless to impose faith: it can only give birth to itself, and this birth is often long and torturous.

When the hands of Nicodemus and Joseph removed their Teacher’s lifeless body from the Cross, and when the fingers of the Myrrh-Bearers anointed Him with sweet spices, they understood with all their beings that this could not be the end. When all hope crumbles in a single moment, a new and clean horizon opens up. For each of those who buried the Savior, this horizon was the willingness to continue to love Him despite everything: despite the fact that He was dead and breathless; despite the triumphant malice and contempt of the Jews; to love despite common sense and everyday experience. For only love conquers death. It is this love that drives them through the pre-dawn darkness to the tomb; this love that conquers fear and confusion, that roles away the heavy stone; and it is this love that clouds their eyes with tears and that sees the Risen Christ in the gardener.

Two characteristics clearly show through in the love that saved the Myrrh-Bearers from hopelessness and became the foundation of the saving faith: love is always attention; and love is always memory.

The Holy Church has armed each one of us with effective means against the main enemies of our love for God, which are indifference and neglect. When someone complained to St. Theophan the Recluse about stony insensibility and coldness towards the spiritual life, he replied very simply: “Rub, rub your heart with sincere prayer, and it will warm up!” He who loves takes care of what is dear to him in his heart: his thoughts and feelings, even when occupied with something else, return again and again to what is most important and dear to him. He who loves God remembers Him in his heart and constantly attends to Him. St. Theophan called this constant return to standing before God “abiding within,” that “inner chamber” into which one can escape from any vanity and besetting presence.

Dear brothers and sisters, in these Paschal days, when we are not restrained by fasting, remember that the measure of love in our hearts is equal to the measure of attention to, and memory of, God and neighbor! Amen.

Delivered on April 18, 2010, in the Protection Church of the Moscow Theological Academy.