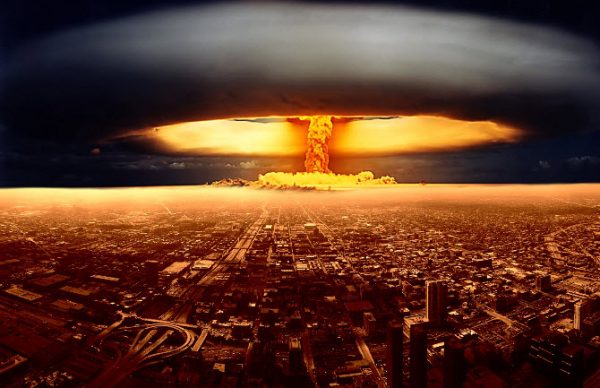 President Trump has recognized Jerusalem as the capital of the Zionist State and now reneges on the US deal with Iran, Europe objects. Of course, the views of the governments of Britain, France and Germany count for nothing: they have been mere occupied US vassals ever since 1945L: we all know what one US ‘diplomat’, Victoria Nuland, said of the whole EU. Within hours another US vassal, on US orders, nuclear-armed Israel, attacked Iranian weapons systems in Syria with American planes and bombs. The territory-greedy Israelis are perhaps preparing an invasion of that sad land, where the US and its tyrannical and fanatical Saudi and Qatari vassals have spent $1 billion a year, training and arming Muslim terrorists.

True, it has taken much longer than five years, but US terrorism (codenamed ‘shock and awe; Hitler called it Blitzkrieg) has been carried out. Chaos has resulted; millions are dead or mutilated; millions have become refugees; terrorist squads control most of the area, including Afghanistan, where the US puppet government controls little outside Kabul; the whole of the Middle East is at war. Oil and gas have been obtained, but the Zionist plan to rebuild the Temple in Jerusalem is facing implementation.

The problem is that Iran is a large and powerful country, which may have nuclear weapons; in any case its two protectors, both Great Powers, Russia and China, do have nuclear weapons. China will not allow the USA access to Iran for strategic reasons. Russia will not allow the Zionists to rebuild the Temple for religious reasons. This time the world is on a knife-edge, brought to the brink of Armageddon by the US neocons.