Source: Interfax-religion
Natalya Mihailova | 23 May 2016
Minsk, May 23, Interfax - It is time the Pope of Rome visited Belarus and met with the Patriarch of the Russian Orthodox Church on Belarusian soil, Belarusian President Alexander Lukashenko said. 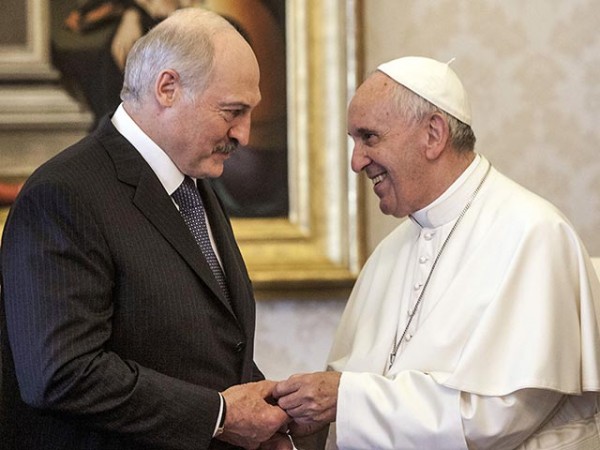 “I suggested it was time the Pontiff came to Belarus and met our citizens together with our patriarch. I am sure that more than one million people would like to see that handshake not in faraway Cuba, at an airport, but on land in the center of Europe which, thank God, has been spared the cataclysms [the Pontiff has also emphasized this] that happened in the post-Soviet republics and East European countries after the breakdown of the USSR,” the BelTA news agency quoted Lukashenko as saying after he had met with Pope Francis in the Vatican.

In the opinion of Lukashenko, a meeting between the Pope of Rome and the Patriarch of the Russian Orthodox Church could help the peacemaking process.

“In this case, I have invited them to Belarus. We should invite clerics from Europe, Ukraine, Russia and ours. They should sit down, talk and pray for peace together in front of millions of pilgrims,” the president said.

“I believe this could be a good initiative in furtherance of the Minsk agreements,” Lukashenko said.