However, to believe is at the same time difficult, because so many people live their lives according to other laws of existence. They have absolutely different aims, they profess other values. The danger of our modern life lies in the fact that these aims and values which don’t come from Divine Providence are proposed nowadays to be the ideal of a human’s way of life to all mankind.
Patriarch Kirill of Moscow and All Russia | 27 September 2011

A sermon by His Holiness Kyrill, Patriarch of Moscow and All the Russia, on the Universal Exaltation of the Precious and Life-Giving Cross 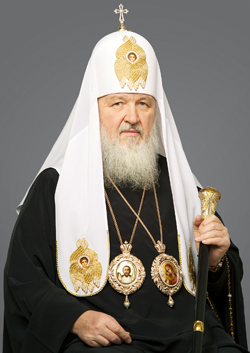 In the Name of the Father, the Son and the Holy Spirit.On the Day of the Universal Exaltation of the Precious and Life-Giving Cross we hear words of the Apostle Paul from his First Epistle to Corinthians that help us to understand the meaning of Christianity. The Apostle says: “For Christ sent me not to baptize, but to preach the gospel: not with wisdom of words, lest the cross of Christ should be made of none effect. For the preaching of the cross is foolishness to them that perish; but unto us who are being saved it is the power of God.” (1 Cor. 1: 17-18, 23). He testifies that human wisdom cannot perceive the mystery of the Savior’s sacrifice on the cross.

If we try to perceive the Feat of Saviour, His life and suffering from the perspective of the predominant ideals and values in human society, everything will seem to be sheer insanity indeed. That is why Greeks, who based their lives on philosophy, science and human wisdom, considered a sermon about Christ to be insanity. The Jews didn’t rely on science or philosophy because they had a belief in the Only God, but they linked their salvation first of all to deliverance from the Romans. Jews had suffered from the pressure of heathen civilization for a long time and they believed that there is no salvation possible until the Messiah would come and oust the Romans. Therefore, a Sermon about the Christ was a temptation; it didn’t match the Jews’ hopes, ideals or way of life.

Indeed, looking at the Mission of Christ, the Saviour – at His life, His Sermon, His suffering, and His Death from the perspective of today’s life, everything stands very far away from modern ideals. We may think that we understand the meaning of the Christ’s Feat because we already know the history and events that happened after the crucifixion of the Saviour. But if we were people who lived in New Testament times, would we understand? What could bring salvation to a person who doesn’t have money or power, who is not a master of world, of heathen wisdom or of philosophy? What could bring salvation to a man who walks among his followers, the half-educated fishermen from the Lake of Gennesaret? Probably, we would think about the Sermon of the Saviour in the same way that the people of antiquity did, because this Divine Sermon doesn’t match people’s ordinary way of life. Therefore the words of the Sermon are insanity and temptation at the same time. The Apostle Paul, appreciating the vast difference between human values and ideals and the Sermon of Christ, said that he was called to preach not with words of human wisdom, because any human wisdom is incapable of evaluating the Feat of Christ.

Salvation through the crucifixion of the Son of God, who suffered abuse and sorrow for the sake of all mankind, exceeds the bounds of human logic. What is the meaning that this feat accomplished by the Saviour could reveal? Why is His image is so attractive? Why have people been turning towards Him for two thousand years precisely when they begin to think about their salvation, despite all the difficulties that they meet in following His system of spiritual values and His moral sentiments? Well, because everything the Saviour has done, God Himself has done for us. “For my thoughts are not your thoughts, neither are your ways my ways, saith the LORD.” (Isaiah 55:8) 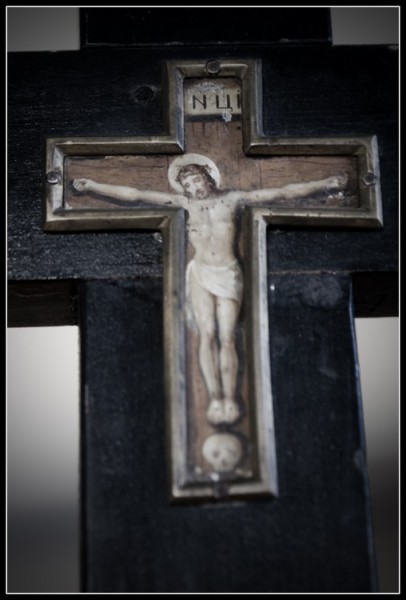 We can’t grasp the profundity and the power of the Lord’s thought and the Lord’s actions. If we open our hearts towards these thoughts and these acts, we suddenly begin to understand who Christ is for each of us. By opening our hearts we will get to know Christ without any definition because no definition can describe Divine Providence. This experience of understanding the Divine Word and getting to know Christ awakens strong faith, and people begin to understand that the only key to explaining the mystery of the Cross and the God’s suffering is Love. To make sacrifices is not a duty for God, who doesn’t owe anything to anyone; God does not save us automatically by some magical power, but by Love. Because of Love, God sent His Son to become a Man and to bear the brunt of human sufferings.

We understand this reason for the Cross by finding an analogy in our life. When is one able to sacrifice himself for another? Only when one loves the other person. When are people ready to sacrifice themselves for their country? Only when they love it. Neither discipline nor duty can explain the willingness of a man to offer his life for another, but if there is love in the heart and in the mind, then a person is able to sacrifice himself to others. That’s why God says “Greater love hath no man than this, that a man lay down his life for his friends.” (John 15:13)

Therefore, man could understand the mystery of the Cross of Christ not through philosophy, and not through human wisdom or through political expectations, as it was with Jews, Romans or Greeks, but only from inside of his human nature, through his own heart. Why is it so? Because God created us in His own Image. He put the Divine moral law inside us, and when He talks to us, we understand because we were created in His Image. When mankind will stop understanding God and living by the Law which He put in man’s heart, mankind will come to an end. Yet the fight continues between those who will never understand the Saviour and His Providence and those who carry the belief in their hearts that the Lord, as Saint Paul said, would save the world through the foolishness of His preaching.

Is it difficult or easy to be a person who believes? It is easy, because it corresponds with a man’s nature. To oppose God means to oppose your own nature, to oppose inherent moral feelings, to oppose the image of God that was put into every human. This means that a life that complies with God’s law is life compliant with human nature. However, to believe is at the same time difficult, because so many people live their lives according to other laws of existence. They have absolutely different aims, they profess other values. The danger of our modern life lies in the fact that these aims and values which don’t come from Divine Providence are proposed nowadays to be the ideal of a human’s way of life to all mankind. It happens because of sin, which damages the moral nature of man. A sin damages man’s mind and distorts his life’s guidelines. The words of Saint Paul prove such a contradiction – for some the words about the Cross are temptation, and for others it is foolishness, but for us who are saved it is the power of God. And if the word about the Cross will be the power of God for all mankind, then people will be saved. In spite of their weaknesses, falls, and depravity, they will be come Christ; they will worship His sacrifice, His Cross that became a symbol of salvation to the whole world. Amen.

Translated from Russian by Svetlana Tibbs
Edited by Sophia Urusova