Consider the following situation: you are shopping at the grocery store when you notice a young couple in the aisle ahead of you, filling their cart from a single list, stopping occasionally to embrace and kiss one another—the picture of happiness and harmony. If you were to assume that these two are newly-weds enjoying a blissful morning of shopping together, I have bad news: you are a social dinosaur.
Priest Richard Rene | 28 May 2010

Consider the following situation: you are shopping at the grocery store when you notice a young couple in the aisle ahead of you, filling their cart from a single list, stopping occasionally to embrace and kiss one another—the picture of happiness and harmony. If you were to assume that these two are newly-weds enjoying a blissful morning of shopping together, I have bad news: you are a social dinosaur.

The reality is, it’s long past the time when we could presume that people who appear to be married are actually so. Indeed, I do not think it would be overstating the matter to say that in the 21st century, couples who live together conjugally without actually being married are the rule rather than the exception.

Why is this so? Many answers might be offered, but I would suggest that the predominance of social utilitarianism has much to do with it. Utilitarianism, a philosophy that drives much of modern life, basically teaches that the purpose of society is to achieve the greatest good for the greatest number of people.

Applied to marriage, utilitarianism says that the purpose of the relationship is to give the couple the most possible mutual happiness. Marriage is seen as an investment whose ultimate purpose is to be profitable for both partners.

In this light, it is hardly surprising that people choose to “test drive” their conjugal relationships. After all, no wise investor would put down a cent without first determining what dividends he or she is likely to reap. Living with someone before deciding on a lifelong commitment is just good business sense…

Of course, there is a problem. A human relationship is not a business venture. People are not collections of assets to be accessed by others. When I relate to my wife, I am not merely offering one kind of happiness (financial security, for instance) in exchange for another (for instance, her maintenance of the home and care of the children). 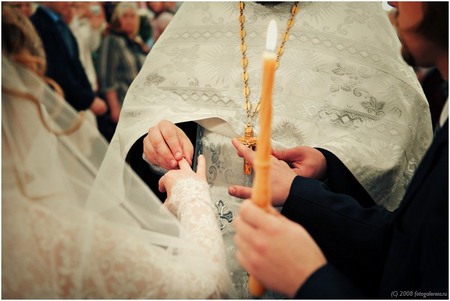 If I relate to my wife in this way, as if she is a means to an end, then she ceases to be a person and become an object, to be used for my self-centred purposes. The utilitarian, “investment” approach to marriage, as reasonable as it first appears, is ultimately an exercise in depersonalization and dehumanization.

But if marriage is not an investment, how should we view it? In ancient societies, the answer was clear: marriage was a covenant between two people. Having agreed on the “goods” of marriage (companionship, children, stability and security), a man and a woman made a public declaration of a lifelong commitment to one another. According to the Roman definition of marriage, marriage is “the sharing of the whole of life.”

The covenant view of marriage does not ask, “Why should I commit to this person? What’s in it for me?” Rather, it assumes a shared set of values and publicly declares a commitment to uphold those values. When David made a covenant of friendship with Jonathan, he swore to uphold the love they already had for one another. When God made covenants with Israel, He swore to abide by His faithfulness to previous generations.

And when I make a covenant of marriage with my wife, I am swearing to uphold the values we share around our faith, childrearing beliefs, and so on. I do not ask myself how much happiness I can gain from our life together. Rather, I commit to her personally because it is good to do so, regardless of my personal happiness.

But is marriage nothing more than a covenant bond, a couple’s public commitment to sharing the whole of life together?

Speaking as an Orthodox Christian, I would say that marriage must both involve and transcend such a bond. While a couple needs to be committed to values greater than their own happiness if they want to make a lasting and harmonious marriage, their ultimate goal is to make the relationship itself into an encounter with the very wellspring of their conjugal life. In short, they are called to make their marriage a sacrament.

According to the Orthodox Christian understanding, a sacrament is the point of intersection between God and creation. By this definition, the original Sacrament is the Person of Jesus Christ—God fully revealed in a human being. And since Jesus’ humanity was the central point of God’s self-revelation, all of human life (and by extension, all of the cosmos) becomes a point of encounter with God—a Sacrament.

The so-called “sacraments” of the Church are formal ways in which we proclaim and uphold the sacramental power of all life. In Baptism we claim the foundational element (water) as a meeting-place with God. In the Eucharist we claim the most basic of human activities (eating) as a way to enter God’s presence.

By extension, Orthodox Christianity understands marriage in sacramental terms. Men and women are called to show forth Christ and His Church through their conjugal union and daily family life. As the couple love and serve each other, they reveal the Incarnate love of God in their domestic corner of the cosmos.

Like the rites of Baptism and the Eucharist, the rite of matrimony is a formal way in which the Church proclaims the sacramental nature of a marriage. And just as being baptised or receiving the Eucharist does not prevent a person from abandoning their faith or committing sins, the rite of matrimony itself does not achieve any transformation in a marriage; it is not magic, but rather a challenge for Christians to incarnate the presence of Jesus Christ in their marriage. How they answer that call is entirely up to them.

In other words, the sacramental view of marriage begins where the covenantal view leaves off. This is clear in the Eastern Orthodox rite of matrimony, which is conspicuously lacking a set of vows for the bride and the groom. Why? Because it is assumed and understood that the couple already know and embrace the goods of marriage and have made a covenant with one another to share the whole of life. The focus of the service lies elsewhere, on calling the couple to make their relationship a revelation of Christ.

This vocation is a profoundly personal endeavour. I am lovingly faithful to my wife not because of the happiness I hope to gain from our relationship (as an investment), nor even because I am trying to uphold our shared values (as a covenant), but because of who she is, in all her uniqueness and beauty. But “who she is” is not the ultimate point either; after all, she is not an object of worship. The intimacy of our marriage leads us to encounter the One in whose image and likeness each of us was made.

The personal encounter of a sacramental marriage ultimately leads to a personal encounter with God, without losing what is unique in the bond between husband and wife. In wedding and loving each other face to face, we come face to face with the divine Bridegroom, the Lover of our souls. In being joined to one another, we experience the joining of God to humanity, of heaven to earth, in a union that will have no end.