Source: Egypt Independent
Natalya Mihailova | 22 May 2016
Egyptian Aviation Minister Sherif Fathy has announced plans for a mass prayer ceremony to commemorate the victims of EgyptAir flight MS804, which disappeared over the Mediterranean on Thursday with the loss of 66 lives. 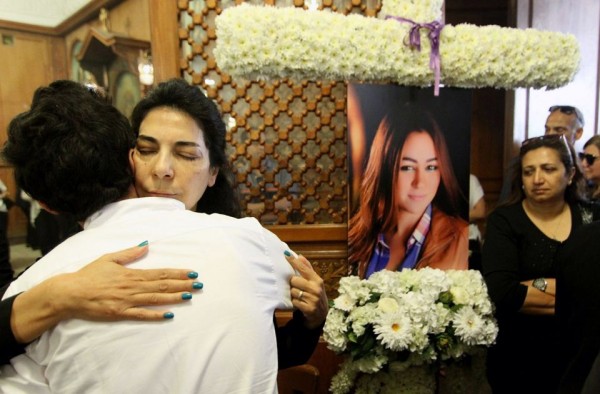 The prayers will be held on Monday at Al-Mosheer Tantawy Mosque in New Cairo, Fathy said, inviting Egyptians to take part in the event in solidarity with those who lost loved ones in the crash.

Fathy expressed contempt for the international media coverage of the plane crash, rejecting claims that Egypt might be at fault for the incident, and emphasising that thorough investigations are underway.

The Egyptian Orthodox Church held a memorial mass on Sunday morning in honor of the 66 victims of the crash —  56 passengers, seven crew and three security staff.

Pope Tawadros said it is important for the church to reach out to the victims’ families. Several bishops participated in the mass, demonstrating the church’s solidarity with the victims in their time of mourning.

Among those attending the mass were the family of deceased flight attendant, Yara Hany, who was on board the plane when it went down.

Prayers were also held at various mosques in Cairo and Giza on Friday, just one day after the incident.