Metropolitan Anthony on the Sunday of the Blind Man

Why did the Lord not content Himself with His all-mighty power, but rather tell the man born blind to go to the pool of Siloam and wash in order to recover his sight? The answer to that question is that the man born blind had to show his obedience to the Mysterious Interlocutor of Whom he knew only His Name, but not His Divine authority.
Metropolitan Anthony (Khrapotvitsky) of Kiev and Galicia (+1936) | 08 May 2010 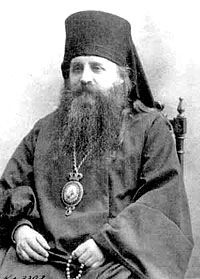 On the Sundays between Holy Pascha and the Sunday of All Saints, excerpts from the Gospel according to John are offered for reading.

This Gospel contains only a few events from the earthly life of Christ, but it does includes many of His sayings. As for the events in the fourth Gospel, they are narrated in a detailed and picturesque manner.

Such is the account of the healing of the man born blind, which is assigned as a Sunday reading in church – an event, every detail of which deserves attention.

Why did the Lord not content Himself with His all-mighty power, but rather tell the man born blind to go to the pool of Siloam and wash in order to recover his sight? The answer to that question is that the man born blind had to show his obedience to the Mysterious Interlocutor of Whom he knew only His Name, but not His Divine authority.

So what prompted the man obediently to fulfill the task given to Him by Christ: to go to the faraway pool of Siloam, located under the mountain?

Undoubtedly, it is Christ’s imperative and majestic voice that fills his soul with awe and awakes in him a dim glimmer of hope.

To strengthen that hope, the Lord does not heal the man immediately, as He has healed people in other cases, but rather makes clay with His saliva and, having anointed his eyes with that clay, tests his obedience by sending him to wash in the pool of Siloam.

It was the Sabbath – and the Jews rejoiced not at God’s benevolence but rather at the occasion to fall upon Jesus Christ’s supposed violation of the Sabbath rest.

That was not the only time the Pharisees would find fault with the Savior unfairly. In contrast to them, the common Jewish people did understand the true meaning of the Sabbath rest, as we know from another Gospel account. When the Lord had denounced a certain head of the synagogue for a similar objection, all His adversaries were ashamed; and all the people rejoiced for all the glorious things that were done by Him (Luke 13:17).

The healing of the man blind from birth is a different matter: here the Jews’ malice has already ripened for killing the Savior. Not only did their malice not relent at witnessing an obvious miracle unheard of since the world began (John 9:32), but rather it became extremely fierce and mingled with craftiness and hypocrisy. The latter shows in that fact that Christ’s enemies decided to put up an act of formal justice with the hearing of witnesses. They summoned the parents of the youth who had recovered his sight and subjected them all to formal questioning. They asked the youth how he had recovered his sight. His answer was: A Man that is called Jesus made clay, and anointed mine eyes, and said unto me, Go to the pool of Siloam and wash: and I went and washed, and I received sight (John 9:11).

Then some of the Pharisees said: This Man is not of God, because He keepeth not the sabbath day. Others said: How can a man that is a sinner do such miracles? And there was a division among them (John 9:16).

The Pharisees asked the parents of the man who had regained his sight, but they answered evasively, because they feared the Jews: for the Jews had agreed already, that if any man confess that He was Christ, he should be put out of the synagogue (John 9:22).

Hence it is clear that the man born blind was the only one who did not know his Healer, whereas the people surrounding him had already guessed it was Jesus Christ. And so, in malicious bewilderment, they again called the man that was blind, and said to him, Give God the praise: we know that this Man is a sinner. . . Then said they to him again, What did He to thee? how opened He thy eyes? (John 9:24, 26) They wanted to hear with certainty something about Christ violating the Sabbath. The healed man had already perceived their ill-will towards the Healer, and from the one being questioned he turned into a prosecutor himself, answering them: I have told you already and ye did not hear: wherefore would hear it again? will you also be His disciples? (John 9:27).

It is obvious that for the man born blind this argument clarified something he did not previously know. Now he knew that the “Man called Jesus” Who had healed him was the very famous miracle worker about whom the entire Jewish people was speaking.

However, such a bold response in the question of the blind beggar drove his enemies to indignation, stripping them of their sense of truth altogether. And then the man blind from birth directly rebuked them for such hardheartedness, reaching a sound conclusion: Now we know that God heareth not sinners: but if any man be a worshipper of God, and doeth His will, him He heareth… If this Man were not of God, He could do nothing (John 9:31, 33).

And so the interrogation that had set out under the banner of outward justice, but was inwardly filled with malice, ended in major violence: Thou wast altogether born in sins, and dost thou teach us? And they cast him out (John 9:34).

The Evangelist’s comparatively detailed narrative shows that people’s unprejudiced mind is superior to hypocritical theological speculations and sham justice – which, when exposed, displays the hypocrites’ abuse of power and cruelty and their obvious scorning of true justice.

Now the Savior meets the healed man and reveals Himself to him directly, as He did recently in His conversation with the Samaritan woman: Dost thou believe on the Son of God? To the healed man’s question He gives an absolutely straightforward answer: Thou hast both seen Him, and it is He that talketh with thee (John 9:37). The Lord honors him with a direct, unveiled revelation to reward his resolve to die for Christ.

Our contemporaries should likewise emulate such fearlessness, instead of that duplicity in relation to Christ that likens them to the parents of the man born blind, who valued their friendship with the contemporary Jews and other enemies of Christ.

Translated from the Russian by Aida Zamilova Judah

Why Do We Fear the Dread Judgment?

Meeting the Lord with Grief and Joy

In order to understand the Myrrh-bearing Women one must experience their great grief and their great joy. Trying…

Cases of full denial are not many. Normally a remnant of faith remains, and this half-acknowledgment and half-faith…