The Healing of the Blind Man: Understanding What Causes Confusion and Embarrassment in Our Hearts

Archpriest Pavel Velikanov | 05 June 2016
The Jews found themselves in a difficult position when Christ healed the blind man. A miracle had occurred, and at the same times the desecration of the Sabbath. So how can we avoid making mistakes, how do we guard against following our heart which at times is unable to speak the truth? Archpriest Pavel Velikanov expounds on today’s Gospel reading. 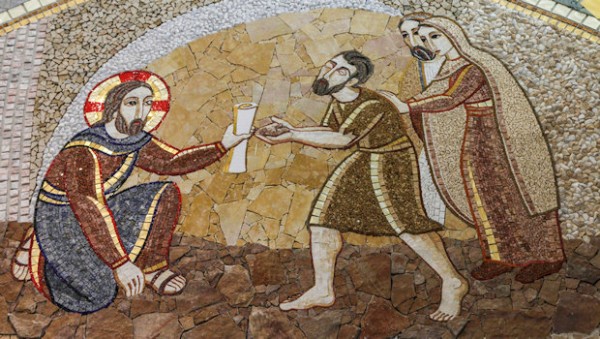 Now as Jesus passed by, He saw a man who was blind from birth.2 And His disciples asked Him, saying, “Rabbi, who sinned, this man or his parents, that he was born blind?”

3 Jesus answered, “Neither this man nor his parents sinned, but that the works of God should be revealed in him. 4 I must work the works of Him who sent Me while it is day; the night is coming when no one can work. 5 As long as I am in the world, I am the light of the world.”

6 When He had said these things, He spat on the ground and made clay with the saliva; and He anointed the eyes of the blind man with the clay.7 And He said to him, “Go, wash in the pool of Siloam” (which is translated, Sent). So he went and washed, and came back seeing.

8 Therefore the neighbours and those who previously had seen that he was blind said, “Is not this he who sat and begged?”

10 Therefore they said to him, “How were your eyes opened?”

11 He answered and said, “A Man called Jesus made clay and anointed my eyes and said to me, ‘Go to the pool of Siloam and wash.’ So I went and washed, and I received sight.”

13 They brought him who formerly was blind to the Pharisees. 14 Now it was a Sabbath when Jesus made the clay and opened his eyes. 15 Then the Pharisees also asked him again how he had received his sight. He said to them, “He put clay on my eyes, and I washed, and I see.”

16 Therefore some of the Pharisees said, “This Man is not from God, because He does not keep the Sabbath.”

Others said, “How can a man who is a sinner do such signs?” And there was a division among them.

17 They said to the blind man again, “What do you say about Him because He opened your eyes?”

18 But the Jews did not believe concerning him, that he had been blind and received his sight, until they called the parents of him who had received his sight. 19 And they asked them, saying, “Is this your son, who you say was born blind? How then does he now see?”

20 His parents answered them and said, “We know that this is our son, and that he was born blind; 21 but by what means he now sees we do not know, or who opened his eyes we do not know. He is of age; ask him. He will speak for himself.” 22 His parents said these things because they feared the Jews, for the Jews had agreed already that if anyone confessed that He was Christ, he would be put out of the synagogue.23 Therefore his parents said, “He is of age; ask him.”

24 So they again called the man who was blind, and said to him, “Give God the glory! We know that this Man is a sinner.”

25 He answered and said, “Whether He is a sinner or not I do not know. One thing I know: that though I was blind, now I see.”

27 He answered them, “I told you already, and you did not listen. Why do you want to hear it again? Do you also want to become His disciples?”

28 Then they reviled him and said, “You are His disciple, but we are Moses’ disciples. 29 We know that God spoke to Moses; as for this fellow, we do not know where He is from.”

30 The man answered and said to them, “Why, this is a marvellous thing, that you do not know where He is from; yet He has opened my eyes!

31 Now we know that God does not hear sinners; but if anyone is a worshiper of God and does His will, He hears him. 32 Since the world began it has been unheard of that anyone opened the eyes of one who was born blind. 33 If this Man were not from God, He could do nothing.”

34 They answered and said to him, “You were completely born in sins, and are you teaching us?” And they cast him out.

35 Jesus heard that they had cast him out; and when He had found him, He said to him, “Do you believe in the Son of God?”

37 And Jesus said to him, “You have both seen Him and it is He who is talking with you.”

The healing of the blind man is one of the most remarkable events of the whole history of the Gospel.  It is this miracle in particular that, along with the resurrection of Lazarus, caused the Jews to resolve on the necessity of killing Christ, the healer and preacher.

The story begins with the disciples asking a question about the man who was born blind, “Who sinned, this man or his parents, that he was born blind?”  This is, of course, a trick question because it is clear that a child could not have sinned before being born.  However, the Saviour brings a completely different dimension to this question.  He says, “Neither this man nor his parents sinned, but that the works of God should be revealed in him.”

A healing takes place.  The whole human history has not seen anything like this healing, when a person who was born blind could all of a sudden see.  The Jews find themselves in a very tricky situation.  On the one hand, there is a definite miracle.  On the other hand, there is also a definite violation of the Sabbath rest.

It is curious what the Jews choose as a way out of what seems to be an inexplicable contradiction.  They say, “This Man is not from God, because He does not keep the Sabbath.”  Very often we concentrate too much on our intelligence – we think that we always act in an exceptionally proper, correct, deliberate, and wise manner.

The incident with the Jews shows us that more often than not we end up following our heart’s condition, rather than our mind’s perception.  This is what explains that incredible spiritual blindness of the Jews, who, seeing the Messiah himself perform unheard of miracles in front of them, refused to believe in Him and searched for any reason to catch Him at His word, to reprove Him, and in the end, to kill Him.

This is the reason why the Orthodox Church speaks so much about the importance of ridding the heart of passions.  The heart is the very focal point of our lives which determines many of our actions.  A self-centred, sin-loving heart will always seek any reason to justify our behaviour.

On the contrary, a heart that is compassionate, merciful, generous, and open, will always manage to justify another person and to find a way out of situations that seem impossible.

May the Lord help us then to stop and think very carefully every time we encounter manifest goodness, manifest holiness, yet feel opposition in our heart.  May the Lord help us to understand, upon careful deliberation, what it is exactly that causes confusion and embarrassment in our hearts, and to hasten to confession, to seek repentance in order to eradicate from our souls everything that resists God.

Translated from the Russian Maria Nekipelov 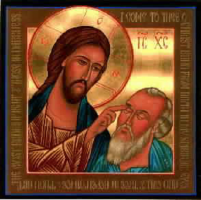