Despite travel delays due to the heavy snowfall affecting much of the US, members of the Metropolitan Council of the Orthodox Church in America gathered for their spring session at the Chancery here February 4-6, 2014. 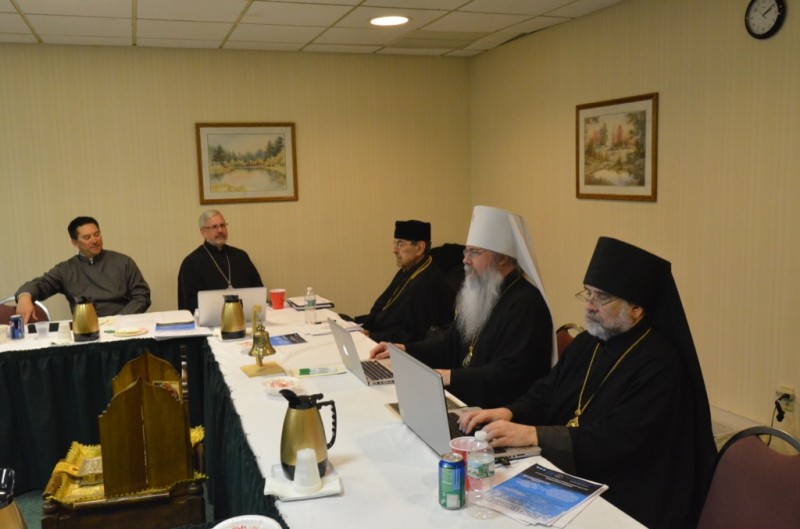 In his address to Council members, His Beatitude, Metropolitan Tikhon spoke on the vision of the Holy Synod of Bishops for the coming year with regard to the ongoing work of the Church, noting that three areas of focus—missions and evangelism, clergy health, and training and seminaries—were singled out as priorities.  He reported that in the months ahead, the members of the Holy Synod will be exploring and addressing these issues through meetings, focus groups, and acquiring a common understanding on the challenges that will lead to concrete action for the future.

Archpriest John Jillions, Chancellor, outlined the work of the Chancery.  He specifically spoke on the annual meeting of the diocesan chancellors and treasurers and the focus group slated to meet February 12 to consider prospects for expanding the Church’s evangelistic efforts.

Archpriest Eric G. Tosi, Treasurer, spoke about recent developments in the areas of human resources, operations, communications and related matters.  He offered an in depth presentation on progress made in establishing plans for the 18th All-American Council, slated to be held in Atlanta, GA July 20-24, 2015.  He highlighted the work of the Preconciliar Commission and the local committee, adding that a team to oversee youth activities had been formed.  He reported that the theme of the Council will be based on that of the First All-American Sobor held in Mayfield, PA in 1907—“How to Expand the Mission.”

Alexis Liberovsky, Archivist, offered an overview of the work of the Archives Advisory Committee and reviewed various policies and procedures. 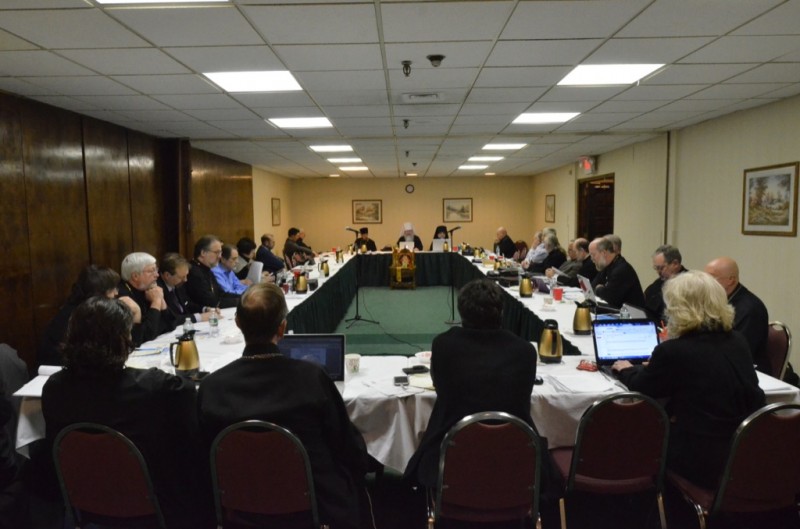 Council members also heard a variety of committee reports, including a review of legal issues and financial strategies.

In her report, Treasurer Melanie Ringa reviewed the 2013 budget and the results of the external audit.  Included was a review of progress made by the Stewards of the OCA, as reported by the Financial Development Committee.

Jim Geoly, Esq, an attorney who has worked on behalf of the OCA on a number of matters, offered a presentation on First Amendment issues and Church operations as well as an in depth presentation on legal responsibilities with regard to the Church’s response to misconduct issues. 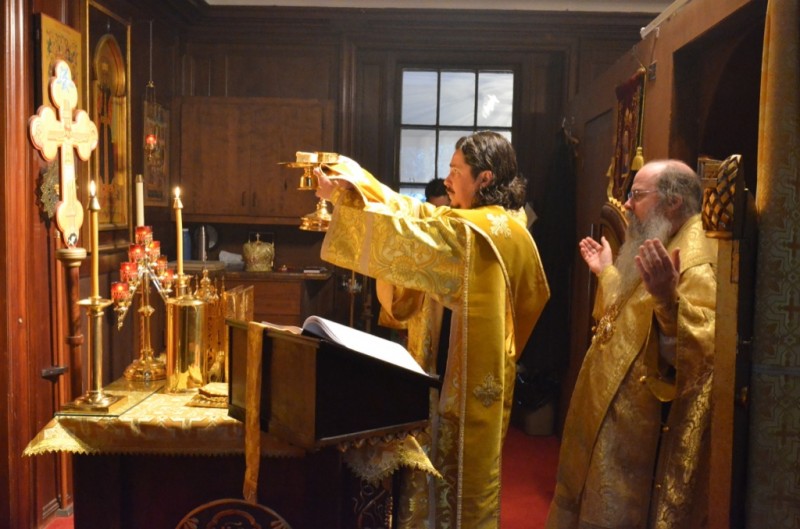 During the meeting, Great Vespers and the Divine Liturgy for the Feast of Saint Theodosius were celebrated, at which Metropolitan Tikhon presided.  The tenth anniversary of his consecration to the episcopacy, as well as the 41st anniversary of the ordination of His Grace, Bishop Michael of New York, were noted.  Also in attendance was His Eminence, Archbishop Nikon of Boston, New England and the Albanian Archdiocese, who attended the meeting of the Lesser Synod of Bishops that followed.

A complete set of minutes and reports will be posted when available.