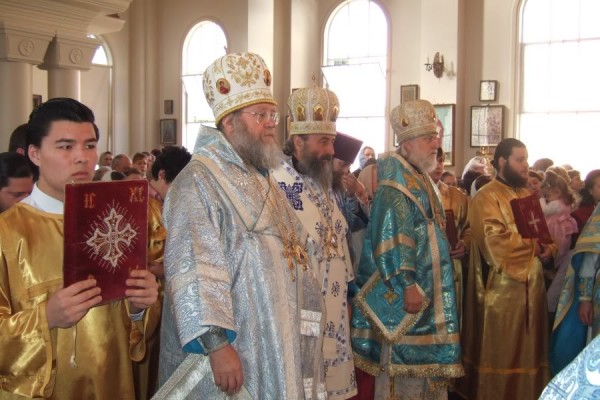 In his letter, Metropolitan Hilarion expressed joy that the election of the new Metropolitan of Kiev and All Ukraine occurred on the anniversary of the consecration of the late Metropolitan Laurus of blessed memory, a “spiritual friend” of Metropolitan Onouphry. “Metropolitan Laurus was a great monastic, archpastor and man of peace, who had overcome many years of church division with his humility and prayerfulness. Now, on this chosen and holy day for you and the entire Church, I hasten to express my wish that his prayers accompany you in the difficult task of heading your Church, so that the peace of Christ would reign in the Ukrainian land,” he wrote.