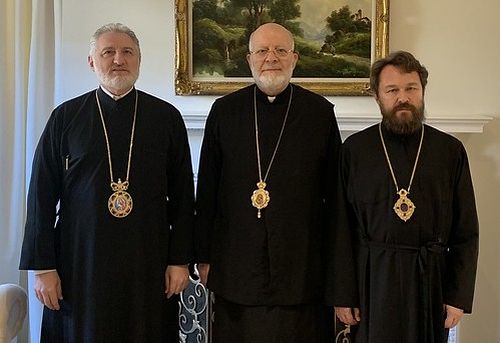 The three hierarchs met over a lunch offered by Met. Joseph, and then in a private meeting where they exchanged views on the current crisis in inter-Orthodox relations, after which Met. Hilarion and Abp. Elpidophoros exchanged gifts.