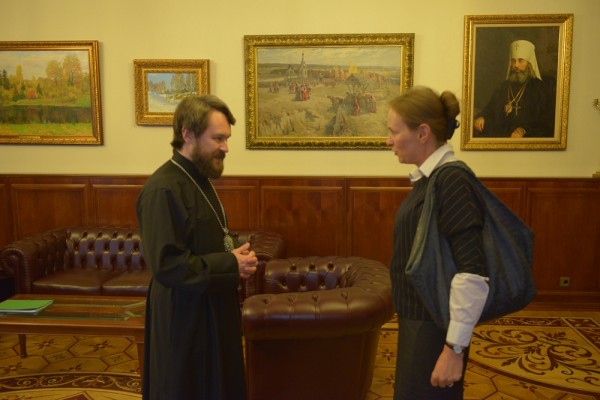 His Eminence welcomed the high guest to the Department for External Church Relations.

The participants pointed to the Common Message signed by His Holiness Patriarch Kirill of Moscow and All Russia and the president of the Polish Bishops’ Conference, Metropolitan Josef Michalik in August 2012 during Patriarch Kirill’s visit to Poland as a document of great importance for closer relations between the peoples of Russia and Poland.

In the course of the talk, Metropolitan Hilarion gave much attention to the situation in eastern Ukraine and the state of the canonical Ukrainian Orthodox Church. He said that the Russian Church prays for conciliation in Ukraine and takes an active part in giving aid to refugees and those affected by the armed conflict in eastern Ukraine.