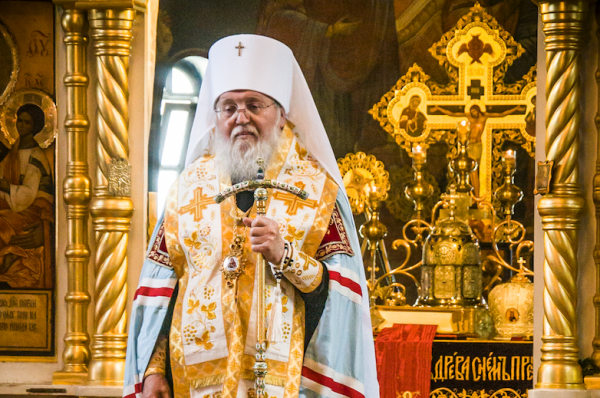 The burial of Metropolitan Hilarion of Eastern America and New York, the first hierarch of the Russian Orthodox Church Outside of Russia (ROCOR), will take place at the Holy Trinity monastery in Jordanville, New York, at 3:00 p.m. local time on Sunday, the ROCOR Synod ruled on Tuesday.

A liturgy will be performed at the ROCOR’s Synodal Cathedral of the Mother of God of the Sign in New York on Saturday at 7:30, and the funeral service for Metropolitan Hilarion will take place at 10:30 a.m., the Synod said.

Bishop Nicholas of Manhattan has been appointed Acting Ruling Bishop of the Eastern American Diocese.

Furthermore, a decision will be adopted on Friday regarding a date and venue of a meeting of the Bishops’ Council and other key issues of church life. As reported, Metropolitan Mark of Berlin and Germany will temporarily receive under his omophorion all churches, monasteries and Church establishments which have stavropighial status under the direct authority of the President of the Synod of Bishops.

Metropolitan Hilarion (his secular name is Igor Kapral) reposed in the Lord at the age of 74 on May 16 after a lengthy illness.