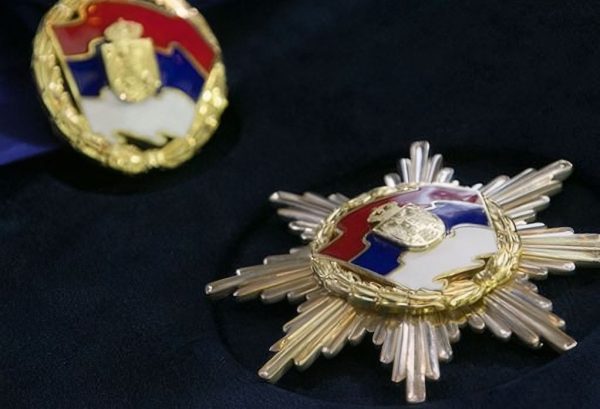 On February 15, 2022, the feast day of the Meeting of Our Lord, when the Republic of Serbia celebrates the Statehood Day, the President of the country, Aleksandar Vučić presented high state awards to outstanding scientists, cultural workers and representatives of other spheres of life of the Serbian society, as well as several foreign citizens.

Metropolitan Hilarion of Volokolamsk, Chairman of the Department for External Church Relations, was awarded the Order of the Serbian Flag (Degree 1). This order, the second important in the hierarchy of the Republic of Serbia’s awards, is given in acknowledgement of special merits in the development of international relations between Serbia and other countries or international organizations, as well as for an outstanding contribution to the development and strengthening of peaceful cooperation and friendly relations with other states. It is widely known that Metropolitan Hilarion participates, in particular, in the preparation and implementation of a large-scale project for the mosaic decoration of St. Savva Church in Belgrade, carried out by Russian masters with the help of Russia and the Russian Orthodox Church.

The vice-chairman of the DECR, Archpriest Nikolay Balashov was awarded the Oder of the Serbian Flag (Degree II).