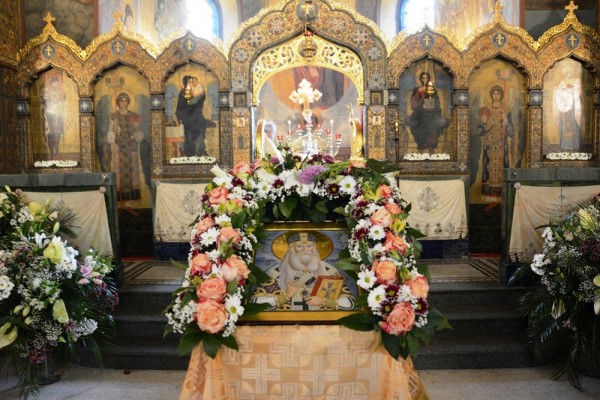 His Holiness Patriarch Neofit of Bulgaria officiated at the rite of glorification of Archbishop Seraphim at the Patriarchal Cathedral of St Alexander Nevsky. Concelebrating with His Holiness was an assembly of archpastros and pastors representing the Bulgarian, the Romanian and the Russian Orthodox Churches, as well as the Orthodox Church of the Czech Lands and Slovakia.

Among those who attended the service were Mr. Ivaylo Kalfin, Deputy Prime Minister of Bulgaria; Mr. Yuri Isakov, Ambassador Extraordinary and Plenipotentiary of the Russian Federation to the Republic of Bulgaria; ambassadors of Belarus, Cyprus, and Romania; as well as the Bulgarian political leaders, eminent public figures, scholars and cultural workers. 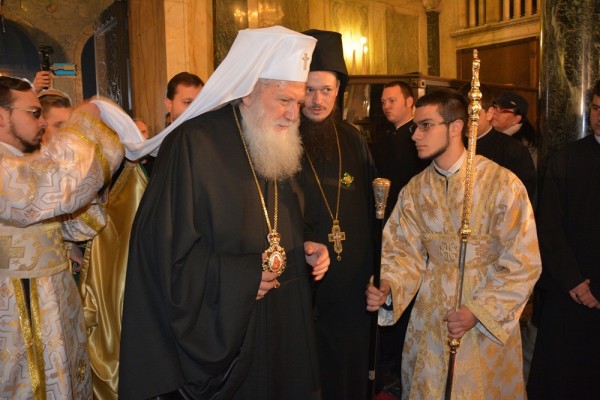 During the Great Doxology, an icon of St Seraphim of Boguchar was brought out from the sanctuary.

A thanksgiving to St Seraphim was followed by the Divine Liturgy.

After the service, His Holiness Patriarch Neofit delivered a homily, greeting the worshippers with this great celebration and giving thanks to God for granting a new heavenly intercessor to the Orthodox Church.

Addressing all those present, Metropolitan Hilarion of Volokolamsk noted that even the years of persecutions had not stopped the flow of worshippers to the burial place of the archbishop. The DECR chairman presented Patriarch Neofit with an icon of St Seraphim the Archbishop of Boguchar, Wonderworker of Sofia – a gift from His Holiness Patriarch Kirill of Moscow and All Russia.

A reception at the Balkan Hotel followed. Among those invited were hierarchs of the Bulgarian Orthodox Church, members of the official delegation of the Russian Orthodox Church, Mr. Yuri Isakov, Russia’s Ambassador to Bulgaria; and representatives of the government and the parliament of the Republic of Bulgaria.

After the reception, Metropolitan Hilarion of Volokolamsk, together with Metropolitan Antonij of Central and Western Europe and Metropolitan Joan of Varna and Veliki Preslav, celebrated a thanksgiving to St Seraphim at the crypt of St Nicholas Church.

In the evening of the same day, Metropolitan Hilarion of Volokolamsk and the members of the Russian Orthodox Church’s delegation met with His Holiness Patriarch Neofit of Bulgaria and hierarchs of the Bulgarian Orthodox Church. Discussed at the meeting which took place at the residence of the Holy Synod were the development of relations between the two Churches and various issues on the pan-Orthodox agenda.

The celebrations continued at the House of Moscow in Sofia, where the presentation of the book “The Life, Ascetic Exhortations and Homilies of St Seraphim the Archbishop of Boguchar,” published by the Metochion of the Russian Orthodox Church, took place.

A concert of religious music at the Church of the Divine Wisdom followed.