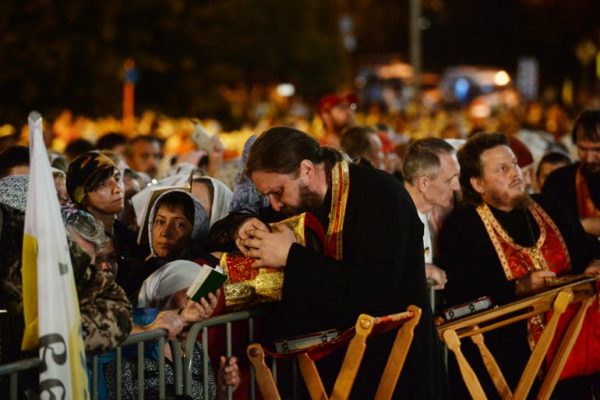 Sins are like illnesses and require gradual treatment, which is why people often repent the same sins during confession, said Metropolitan Hilarion of Volokolamsk, Chairman of the Department for External Church Relations, Rector of the Church of the “Joy of All Who Sorrow” Icon of the Mother of God.

“One’s list of sins usually does not change, and each person has his own list. Each person who comes to confession, as a rule, confesses the same sins,” Metropolitan Hilarion said in the “Church and the World” program, reports the press service of the Synodal Department for Church Relations with Society and the Media.

The archpastor noted that this situation is due to the fact that “sins are like illnesses: one person has one disease (or several), another has other (or others).”

“Everyone struggles with their illnesses and tries to recover from them,” added the metropolitan.

At the same time, the hierarch reminded, that the Church has been compared to a hospital since ancient times for a reason.

“The Church is the place where sinful people come. People often ask: why are church people no different from non-believers people, why do they also commit sins, why are some of them evil, and why do they have all sorts of problems? However, the point is that this is why people come to the Church in order to gradually get rid of these problems, to be gradually treated for these illnesses. This is the task of the Church,” Metropolitan Hilarion concluded.