The hierarch was appointed the head of the Budapest-Hungarian diocese.
Pravmir.com team | 08 June 2022 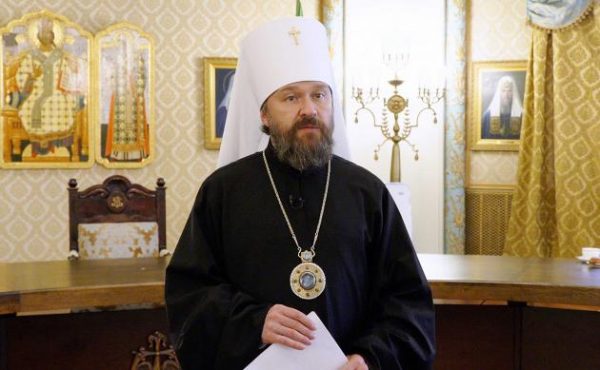 Metropolitan Hilarion (Alfeyev) has been relieved of his duties as Chairman of the Department for External Church Relations of the Moscow Patriarchate and has been appointed Head of the Budapest-Hungarian Diocese. This decision was made by the Holy Synod of the Russian Orthodox Church during their meeting, which took place at the Patriarchal and Synodal residence in the Danilov Monastery in Moscow on June 7, 2022.

After discussing the issue of governing the Budapest-Hungarian diocese, the Synod released Metropolitan Mark of Budapest and Hungary from the administration of the diocese with gratitude for the work he had done.

“His Eminence Hilarion, Metropolitan of Volokolamsk, to be appointed as Administrator of the Budapest-Hungarian Diocese, Metropolitan of Budapest and Hungary, with his release from the duties of Chairman of the Department for External Church Relations, Permanent Member of the Holy Synod of the Russian Orthodox Church and Rector of the General Church Postgraduate and Doctoral Studies named after Equal-to-the-Apostles Saints Cyril and Methodius”, the Synod decided.

Metropolitan Anthony of Korsun has been appointed Chairman of the DECR and Permanent Member of the Holy Synod of the Russian Orthodox Church, with the title Metropolitan of Volokolamsk. The hierarch was released from the management of the Korsun diocese, he temporarily retained the management of the Exarchate of Western Europe and the position of Head of the Moscow Patriarchate’s Office for Institutions Abroad.

The temporary administration of the Korsun diocese was entrusted to Archbishop Nestor of Madrid and Lisbon.

Archpriest Maxim Kozlov, Chairman of the Educational Committee of the Russian Orthodox Church, was appointed Rector of the General Church Postgraduate and Doctoral Studies named after Saints Cyril and Methodius, retaining his previous positions.