Metropolitan Hilarion of Volokolamsk completes his pilgrimage to Romania

Source: DECR
Natalya Mihailova | 11 September 2014
On 9 September 2014, Metropolitan Hilarion of Volokolamsk, chairman of the Moscow Patriarchate’s Department for External Church Relations, concluded his pilgrimage to the Metropolis of Moldavia and Bucovina of the Romanian Orthodox Church by visiting churches and monasteries of the city of Iași. 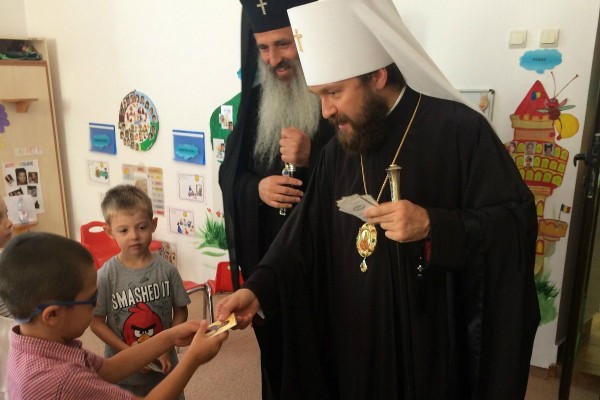 Accompanied by the Archbishop of Iași, Metropolitan Teofan of Moldavia and Bucovina, the DECR chairman visited the historical Monastery of the Three Hierarchs, Ss. Basil the Great, Gregory the Theologian and John Chrysostom, situated in the centre of Iași. At the monastery cathedral, Metropolitan Hilarion venerated the relics of St. Basil the Great. Located in the church narthex are tombs of the princes of Moldova and Romania: Vasile Lupu, founder of the monastery, and the members of his family, Princes Dimitrie Cantemir and Alexandru Ioan Cuza. The DECR chairman saw the exposition of the monastery museum, located in the chambers, in which the Iași Pan-Orthodox Council took place in 1642, concluded by the adoption of the Confession of Orthodox Faith written by St Peter (Moghila) the Metropolitan of Kiev. 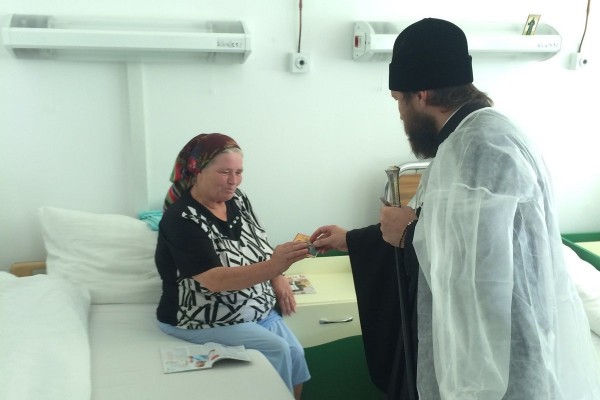 Metropolitan Hilarion also visited the Church of St. Sabbas the Sanctified, where he venerated the relics of the Holy Martyrs Tryphon and Marina.

At the Cetățuia Monastery Metropolitans Hilarion and Teofan were met by hegumen Parthenius and the brethren. The hierarchs visited the Church of Ss. Peter and Paul.

Metropolitan Teofan told the DECR chairman about the social and charity work of the Romanian Church in the Iași archdiocese. The hierarchs visited the “Diaconia” Social-Charitable Department of the Iași archdiocese, which coordinates social work of the parishes and monasteries in the diocese. Metropolitans Hilarion and Teofan also visited a church kindergarten, a hospital and an exhibition and education centre.

At the residence of archbishops of Iași, Metropolitan Hilarion bade warm farewell to Metropolitan Teofan and thanked him for his brotherly attention and cordial hospitality. Later, he and his travelling companions left Iași.

In his visit to Romania, Metropolitan Hilarion of Volokolamsk was accompanied by archpriest Igor Yakimchuk, DECR secretary for inter-Orthodox relations, and Mr. Alexander Yershov, assistant to the DECR chairman.