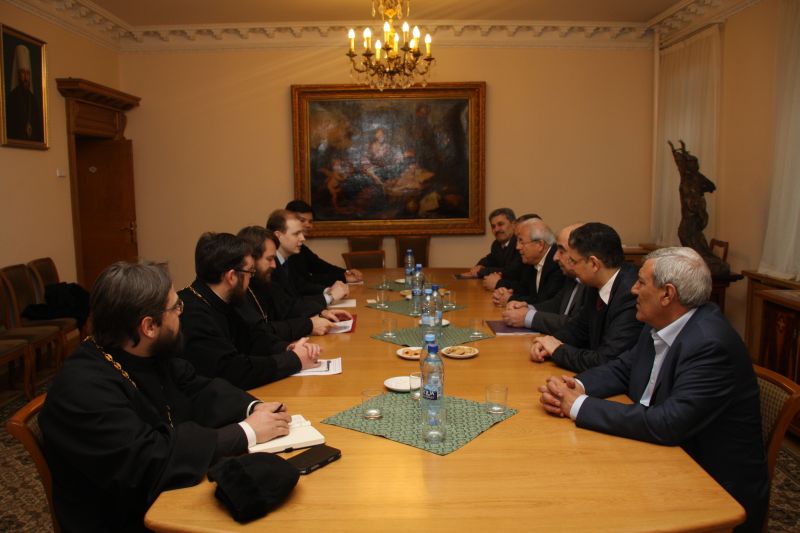 Representing the DECR at the meeting were archpriest Sergiy Zvonarev, secretary for far abroad countries; Rev. Dimitry Safonov, head of the sector for inter-religious contacts; and Mr. Miguel Palacio and Ms. Olga Mazur.

As Metropolitan Hilarion noted, the fate of the Christian population of Syria causes particular concern. “We are deeply worried over the radicalism which leads to numerous deaths, to the abduction of Christians and destruction of Christian churches. We see the full-scale persecution of Christians in Syria. Many Christians had to leave the country, many have been displaced within Syria. What is going on is a humanitarian catastrophe of the enormous scale,” the DECR chairman said

Metropolitan Hilarion emphasizes that the whereabouts of two Christian hierarchs, Metropolitan Paul of Aleppo and Metropolitan Mar Gregorios Yohanna Ibrahim, abducted last April, remain unknown. The DECR chairman also noted that the mother superior and sisters of the Convent of St Thecla in Maaloula, abducted in December 2013, have not been released.