Metropolitan Onufry: No political idea is worth of bloodshed

Source: DECR
Metropolitan Onuphry of Kiev and All Ukraine | 07 May 2014
Locum Tenens of the Metropolitan See of Kiev, Metropolitan Onufry of Chernovtsy and Bukovina, has issued the following message on the recent tragic events in Ukraine: 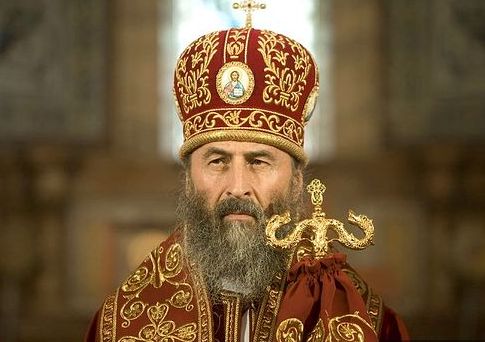 For several months now Ukraine has been going through complicated trials. The situation in the Donetsk and Lugansk regions has remained extremely restless. Horrendous events took place on May 2 in Odessa, where bloody clashes and fire at the House of Trade Unions resulted in the death of several dozens of people and injuries suffered by over a hundred people.

The Ukrainian Orthodox Church extends condolences to the families and loved ones of all the dead. We lift up our prayers for the repose of the souls of those who are no more and for the speedy recovery of the injured. God’s love embraces all of us. All our passions and confrontations disappear in the ocean of God’s mercy. This is why the Church of Christ does not divide her flock on ethnic grounds or the grounds of political preferences. We pray for all regardless of the side of the barricades on which they have found themselves.

Throughout the months of socio-political crisis in Ukraine, our Church has consistently called for reconciliation and sought a way for preventing bloodshed. We have appealed to both the government and the opposition to stop the strife and sit down at the negotiation table. Today the political situation in the country has changed but the position of the Church remains the same. We again and again urge the new power and the new opposition to exert as much effort as possible to stop the bloodshed. We again and again appeal to you, our dear compatriots: Stop! Put an end to the aggression; do not use arms against your own brothers and people of the same faith!

We should realise that no political idea is worth of bloodshed. A just society cannon be built on violence, aggression and confrontation. True, there are essential contradictions between Ukrainian citizens. We should not shut our eyes to it. Yet mutual understanding and compromise should be pursued not with arms in the hands but at the negotiation table. Any violence always generates more violence. And every murder involves new victims. We can break this infernal circle and not let the devil turn our country into a fratricidal battlefield.

At this difficult time I call upon the clergy of the Ukrainian Orthodox Church to show well-considered and responsible pastoral behaviour. We should remember that the mission of the Church is to bring the good news of human beings’ reconciliation with God and each other. The clergy should exert every effort to stop the escalation of the conflict.

I call upon all the faithful of the Ukrainian Orthodox Church to lift up an ardent prayer. Let us ask our Lord Jesus Christ that through the intercession of His Most Holy Mother He may preserve us from strife and fratricide. May the peace of Christ and mutual forgiveness come into our hearts!

Metropolitan of Chernovtsy and Bukovina

Locum Tenens of the Metropolitan See of Kiev

Our Guardian Angel rejoices over our good deeds and grieves when we do evil. We should try to…

His Beatitude Onufry: How to Spend Forgiveness Sunday and Great Lent

What the Church says about Great Lent.

If We Lose the Purity of Faith, We Are Worthless As Christians

– Your Beatitude, lent is always a time of self-restraint, and not only in dietary terms. First of…