Source: DECR
Natalya Mihailova | 29 July 2015
On the eve of the celebrations marking the millennium of the demise of the Holy Prince Vladimir, Equal-to-the-Apostles, His Holiness Patriarch Kirill of Moscow and All Russia sent identical messages to the President of the Russian Federation, Mr. Vladimir Putin, and the President of Ukraine, Mr. Petr Poroshenko, in which he expressed his deep concern over the situation in eastern Ukraine.

“The Minsk agreements stopped the escalation of the conflict, raising hopes for the complete cease-fire between the belligerent sides. Regrettably, the hostilities, though not as large-scale as before, have been going on to this day. Blood is being shed and people are being killed in Ukraine,” the Patriarchal message reads.

In his appeal, the Primate of the Russian Orthodox Church dwells on the fate of the civil population living in the zone of armed clashes. “Old and disabled people and children are the most vulnerable group,” Patriarch Kirill continues. “There are people who have neither strength nor opportunities to leave their native lands. Unfortunately, not all of them survive in this terrible situation. Some of them die under artillery bombardments; others die from hunger and illnesses, and because of the lack of medicaments and necessities.”

His Holiness Patriarch Kirill also speaks about the aid that the Church renders to those who have found themselves on different sides of the conflict and have been affected by the hostilities. “During every Divine Service in all churches of the Russian Orthodox Church, ardent prayers are lifted up to God for the reestablishment of peace. His Beatitude Metropolitan Onufry of Kiev and All Ukraine and the Ukrainian Orthodox Church under his guidance are doing all they can, seeking reconciliation and restoration of the national unity,” the message reads.

At the same time, the Primate notes that the security of the civil population in this region can only be ensured “by the cessation of the hostilities, strict observance of the Minsk agreements, and direct dialogue between all conflicting parties.”

In the days when the Church commemorates the “Baptizer of the Holy Rus’ who laid the foundation of spiritual unity of the Russian and the Ukrainian peoples and taught us Christian love and forgiveness,” His Holiness Patriarch Kirill, “with an aching heart,” asks Presidents of Russia and Ukraine “on behalf of the whole Russian Orthodox Church to exert every effort in order to stop the bloodshed.” 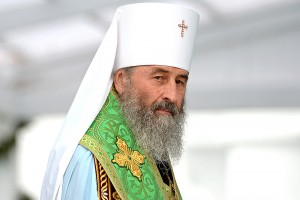 The Heart of the Scriptures

What does the Bible have to say about the heart? “Mary kept…

Most viewed articles
Being of One Mind: What It Is and Isn’t149
Bloom Where You’re Planted140
A Hunger For God’s Presence120
In the Father’s House the Prodigal Son Remains Loved92
Patriarch Kirill Speaks on the Only Right Path56
Patriarch of Serbia Visits the Orthodox Grammar School in Zagreb51
Metropolitan Onuphry: Fasting and Prayer Are Two Wings That Help People Draw Near God37
The Heart of the Scriptures8
Sunday of the Samaritan Woman2
Connected to Community1
Most popular authors
Archpriest Michael Gillis149
Pravmir.com team144
Fr. Jonathan Tobias140
Fr. James Guirguis117
Metropolitan Hilarion (Alfeyev)92
Frederica Mathewes-Green7