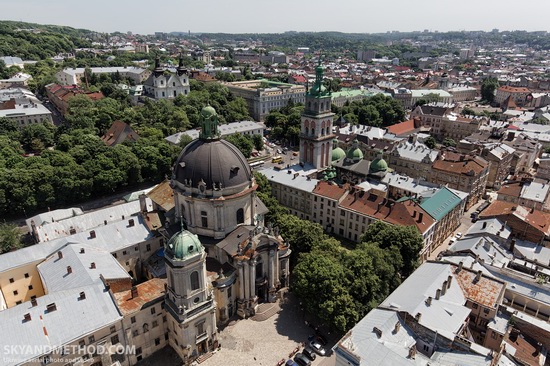 Fifty churches of the Ukrainian Orthodox Church have recently been taken over in Ukraine, Patriarch Kirill of Moscow and All Russia said.

“The situation is very difficult in Ukraine. There is real persecution of the Ukrainian Orthodox Church going on. Fifty churches have recently been taken over. Attacks on churches are taking place continually, priests are being battered […] There is a video in which a priest in his robe is bloodied, he is called an occupant, and he is a Ukrainian who was born in Ukraine and speaks only Ukrainian. He is battered only because he is in the canonical Church, which the local authorities call an occupant Church,” the patriarch said in an interview with Bulgarian journalists before his visit to Bulgaria.

The Patriarch said he regrets the fact that Ukraine is not criticized in the West for violations of human rights and religious freedoms, including “massive violations involving the use of violence. All these things were caught on television and registered in various documents.”

Patriarch Kirill said Ukrainian society is currently highly divided, and what is happening in Donbass “is a civil war: one part of Ukraine did not accept what was taking place in the other part.” The only force that has peacekeeping potential is the Ukrainian Orthodox Church, because it has members both in the east and west of the country, he said.

“We do hope that all this political turbulence in Ukraine will pass and the people will have a calm life again, that human rights and religious freedoms will be respected again and the Ukrainian Orthodox Church will continue its service. There is hope for this. We are praying for it,” the patriarch said.