Metropolitan Onuphry Gives Advice on How to Make Important Decisions

First of all, a person needs to ask themselves one question.
Pravmir.com team | 17 May 2021 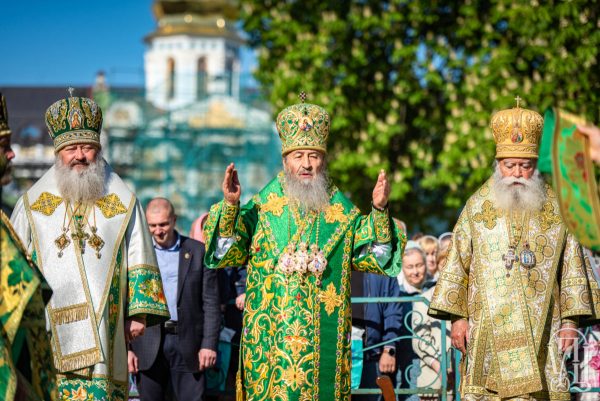 A Christian should not think too highly of themselves, but be humble and should respect everyone, because everyone is a bearer of the image of God said His Beatitude Onuphry, Metropolitan of Kiev and All Ukraine, in his sermon during the Divine Liturgy at the square in front of the Dormition Cathedral of the Kiev-Pechersk Lavra on May 16, 2021, the 3rd Sunday after Pascha, the Sunday of the Holy Myrrh-Bearing Women, the commemoration day of St. Theodosius of Kiev, Hegumen of the Caves, reports the Information and Educational Department of the Ukrainian Orthodox Church.

“A Christian should not be proud, should not think highly of themselves than anyone. A Christian must be humble, must respect everyone, because every person is a bearer of the image of God. Respecting a person, we respect the image of God in a person, and by this we respect the One who gave this person this image, that is, God,” said the Primate of the Ukrainian Orthodox Church.

The archpastor encouraged the faithful to take an example from the Venerable Theodosius of the Caves, who discovered true Christian humility in his life, and demonstrated how pious an ordinary person can be.

“The Venerable Theodosius served those monks who were sick, weak, and he behaved very simply. People could not recognize him as the abbot of the monastery looking at his clothes or behavior, because he was so modest,” said His Beatitude Metropolitan Onuphry.

The metropolitan urged believers to put God first in their lives and make important life decisions so that they do not contradict the commandments.

“When we need to decide something important in our life, we must ask ourselves the following question: “Will I offend my Creator by doing this?” If a certain deed is according to the commandments of God, then we must do it. If this is contrary to God’s commandments, then we should not do it, even if people applaud us or praise us for it. If we commit a sin, today we will be applauded, but tomorrow they can remove our head from our shoulders. We must honor God, His commandments, then the grace of God will be with us, will help us to overcome all the difficulties of earthly life,” said His Beatitude Metropolitan Onuphry.

During the service, fervent prayers were offered for an end to the coronavirus pandemic, and for the health of doctors and patients. 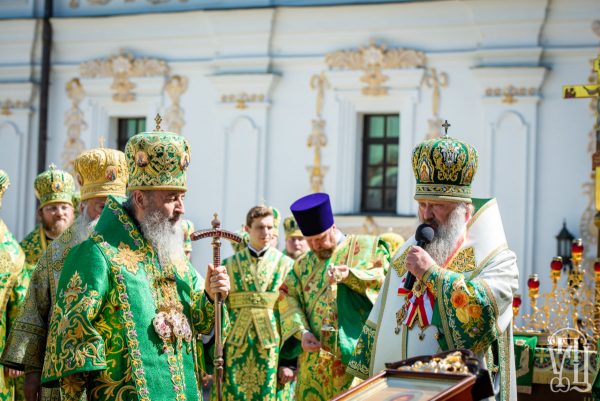 After the Liturgy, the clergy and believers, led by His Beatitude Metropolitan Onuphry, made a cross procession.

Most viewed articles
The Truth About Riches180
The Muskox Response To COVID-19141
Metropolitan Onuphry Speaks on How to Protect One’s Soul From Sin104
Patriarch Porfirije Thanks the Russian Church for Participation in Restoring Serbian Churches97
Do We Act Differently Than Others?74
Strong Orthodox Presence at the 2022 March for Life60
March for Life participants optimistic for a post-Roe America: ‘This is just the beginning’56
Most millennials, Gen Z adults support bans on abortions when baby’s heartbeat is detected: poll51
Sunday of the Samaritan Woman2
How We Worship: the Struggle of the American Experience1
Most popular authors
Pravmir.com team312
Fr. Gabriel Bilas180
Archpriest Michael Gillis141
Priest Luke A. Veronis73
Ryan Foley56
Maria Trushanina1