Bulgarian Hierarch: the Lord Let the Faithful of the UOC Go Through Temptations, But also Sent Them an Ascetic Primate

It is impossible to know what is deep inside a person without difficulties and sorrows.
Pravmir.com team | 23 May 2021 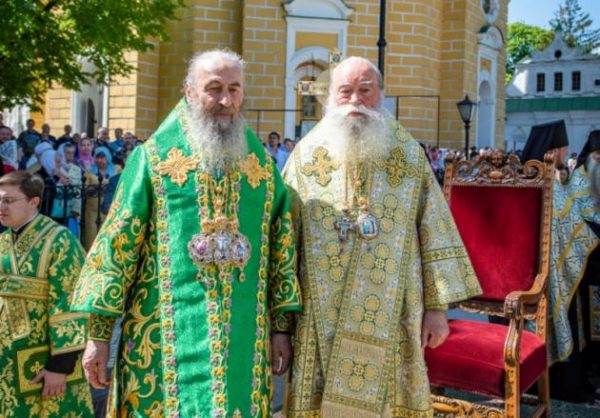 Trials and difficulties that the Lord let happen for the Ukrainian Orthodox Church are useful, even if we cannot yet fully understand their content said a hierarch of the Bulgarian Orthodox Church, Metropolitan Gabriel of Lovchansk, in an interview with the press service of the Poltava diocese of the UOC, reports the Information and Education Department of the UOC.

“Everything happens for a reason. What the Lord lets happen or sends us is always necessary and useful. Sometimes we do not understand this right away, but time passes and we will understand why this happened,” said Metropolitan Gabriel.

There is a visible benefit in the difficulties and sorrows experienced by believers, the hierarch continued. First, it is evidence of the truth of the Ukrainian Orthodox Church. “The Holy Fathers say, if you want to find out where the real Church is, look at the one that is being persecuted,” Metropolitan Gabriel reminded.

He is confident that the Lord loves Ukraine, because not only let the believers endure sorrow, but also gave His help.

“You see, you now have His Beatitude Metropolitan Onuphry. I have known him since the Holy Trinity – St. Sergius Lavra… By the grace of God, they chose a really ascetic person in such a difficult time. That is, the Lord let the difficulties happen, but also made it possible to overcome them,” said Metropolitan Gabriel.

The hierarch noted that these difficulties strengthen the faith, strengthen people and it becomes clear who is who.

“Without such tests it is sometimes impossible to find out what is deep inside a person. It is at such a time that a person demonstrates who is real, and who only pretended to be so,” said Metropolitan Gabriel.

He shared his impressions of the ministry in the Kiev-Pechersk Lavra, “There were many hierarchs there, and I had the feeling that I was among the confessors who had gone through a very difficult time, especially when this schismatic “church” was proclaimed. Previously, the bishops were also intimidated, we know that. They were told, “If you do not accept it, they will take everything from you.” But these people survived. This strengthened their faith. The Lord gave them grace for this.”

As Metropolitan Gabriel noted that the faith in Ukraine is now multiplying and “it will help people to practice their faith, to live like Christians, and to save their souls.”

“I really liked the spirit of the people. Today I went out for a walk, it was somewhere around 7 o’clock. And I saw that people were already going to a church. Well, who will be so easy to come early if his or her soul did not burn?!.. You can feel it, it can be seen in the expression of their faces, in the eyes,” the hierarch told about his observation before the service in the Mgarsky monastery.

Regardless of the difficulties, “people lead a great church life,” said Metropolitan Gabriel.

“These are real Orthodox people. I think not every Church can boast of such a flock, such believers. May God grant the priests health, so that they can take care of this flock, which is good and looking for God,” concluded the hierarch of the Bulgarian Orthodox Church.