His Beatitude Metropolitan Onuphry of Kyiv and All Ukraine believes that all of us should be patriots
Pravmir.com team | 07 May 2020 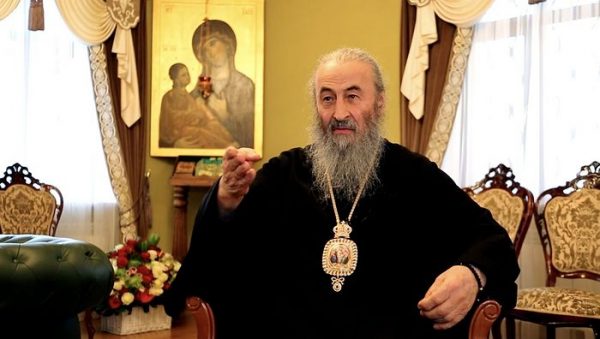 Nationalism breeds division, while true patriotism is manifested in love of God and others, believes His Beatitude Metropolitan Onuphry of Kiev and All Ukraine.

“Nationalism is when someone focuses on the earthly… It begins, in the best case, with a country—Russia, Ukraine… In Russia, they say that the Russian nationality is the highest, the best; in Ukraine, they say that Ukrainian is the best nationality,” His Beatitude noted in an interview published on the Korsun Desert YouTube channel, reports the Ukrainian Orthodox Church Information and Education Department.

However, the manifestation of nationalism often does not end there; “it goes further,” Met. Onuphry emphasized.

Next, the North and the South and the Center begin to claim preeminence, “and it gets to the point where it divides the family,” the Metropolitan continued.

And then, a person begins to divide within himself. On the one hand, he understands that God created man from the dust, and on the other, he begins to think that he is really something.

Such an internal war can overflow and create conflicts in the family, in villages, in cities, and in the world. “Thus, the beginning of war is division,” His Beatitude concludes.

On the other hand, all should be true patriots, the Metropolitan continued.

“A patriot is one who loves his father and mother. ‘Patre’ means father. We should all be patriots, because we should love our father and mother. It’s written in the commandments: Honour thy father and thy mother: that thy days may be long upon the land which the Lord thy God giveth thee (Ex. 20:12). If a man honors his father, then he honors others as well—your father. I honor my father, but I also honor your father, because I know that it’s your father, and through him God gave you life, and other fathers and mothers,” His Beatitude explained.

While a patriot is one who loves and honors other people, this is impossible, first of all, without the love of God.

“But this cannot be done if a person does not love God, because the power of love comes from God. If we do not love God most of all—our Heavenly Father—then we will not be able to love our parents or others’ parents correctly. Therefore, a patriot is a person who loves God and loves his neighbor: father, mother, brother, and so on,” the Ukrainian primate said.